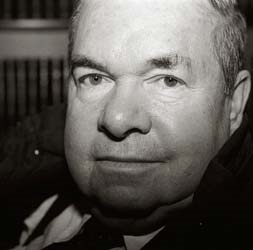 Alexei Alexeyevich Abrikosov is a Russian-born theoretical physicist whose main contributions are in the field of condensed matter physics. He received the 2003 Nobel Prize in Physics with fellow Russian Vitaly Ginzburg and Anthony Leggett of the UK. Born in Moscow in 1928, Abrikosov left high school in 1943 and entered the Institute for Power Engineers, but transferred in 1945 to the Moscow State University to study physics. He gained his MSc in 1948 and was accepted into the Institute for Physical Problems (now PL Kapitza Institute), where he studied under Lev Landau (who received the Nobel Prize in physics in 1962 and is considered one of the top theorists of all time) and gained a PhD in 1951. Around 1950, Landau, with Vitaly Ginzburg, produced a mathematical theory used to model supercon- ductivity. (Superconductors are materials which at low temperatures offer zero electrical resistance. They are used, for example, in magnetic imaging for medical examinations and for particle accelerators in physics.)

After gaining his PhD, Abrikosov worked with Nikolay Zavaritskii on the experimental verification of the Ginzburg- Landau theory. This resulted in their discovery of type II superconductors. These are usually alloys which keep their superconductivity in strong magnetic fields. Abrikosov continued to work on the magnetic properties of type II super- conductors and in 1952 discovered the way in which the threads of magnetic flux penetrate a superconductor, forming the ’Abrikosov vortex lattice‘. Abrikosov remained on the faculty until 1965, becoming a Doctor of Physical and Mathematical Sciences in 1955, and continuing to work on superconductivity.

Landau died in 1968 from remote consequences of a car accident in 1962. In 1965 Abrikosov became the head of the Condensed Matter Theory Department in the new Institute for Theoretical Physics (later named LD Landau Institute) at Moscow State University where, in the early 1970s, he constructed the theory of gapless semiconductors. In 1991 he joined the Argonne National Laboratory in Illinois, USA, where in 1998 he introduced the phenomenon of quantum linear magnetoresistance. He has lectured at the Universities of Chicago and Utah in the US, and Lough- borough in the UK. He became a US citizen in 1999, but retained his Russian citizenship.

Aside from the Nobel Prize, Abrikosov was awarded the Lenin Prize (with Ginzburg and Lev Gor’kov) in 1966, the Fritz London Award (1972), USSR State Prize (1982), and John Bardeen Award (with Ginzburg and Gor’kov) in 1991. He is a member of the Russian Academy of Sciences, American Academy of Arts and Sciences, American Physical Society, National Academy of Sciences USA, and the Royal Society of London, UK.