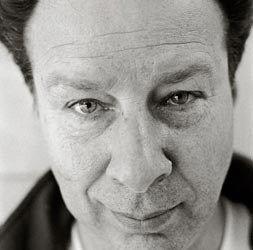 Sidney Altman is a Canadian-American molecular biologist who, with Thomas Cech, received the 1989 Nobel Prize in Chemistry for their independent discoveries concerning the catalytic properties of RNA, or ribonucleic acid.

Altman was born in Montreal, Canada, in 1939, the second son of poor immigrants (his mother worked in a textile mill, his father ran a small grocery) who struggled to ensure the boys had a good education and a chance to better themselves. He recalls being impressed even at the age of six by the world’s entry into the nuclear age, albeit in the ominous shape of a mushroom cloud, and his subsequent interest in science was fostered by his family to the extent that, after high school, he was accepted at the Massachusetts Institute of Technology.

For the bulk of his time at MIT Altman studied physics but during his final semester he took a short introductory course in molecular biology “to find out what all the excitement was about”, which gave him an understanding of nucleic acids and molecular genetics. After gaining his BSc in 1960, he spent 18 months at Columbia University, but was keen to explore the ‘bio’ side of biophysics subsequent to talking with George Gamow in Boulder, Colorado. Altman enrolled as a biophysics student with Leonard Lerman, working on DNA at the University of Colorado Medical Center, where he earned a PhD. He then went on to further DNA studies at Harvard University with Matthew Meselson from 1967–69 and ended up working under Sydney Brenner and Francis Crick in Cambridge, England. “As an ex-physicist, I felt as if I was joining the equivalent of Bohr’s group in Copenhagen in the 1920’s,” he says. “It turned out to be scientific heaven.”

It was there that he began the work that in 1978 led to his discovery of the catalytic properties of RNA. He studied a bacterial enzyme made up of one protein and one RNA molecule. Originally it was believed that the protein sub-unit was responsible for the catalytic activity – the triggering of vital chemical reactions within living cells – but Altman and his group discovered that in test tubes, the RNA molecule alone is sufficient. This proved the existence of a new type of catalyst, which opened up new fields of scientific research and biotechnology. It also caused scientists to rethink old theories of how cells function and shed new light on the origin of life. In 1971, Altman became assistant professor at Yale, and rose through the ranks to professor in 1980, department chairman in 1983 and Dean of the College in 1985. In 1989 he returned to the post of professor of molecular, cellular, and developmental biology and chemistry. In recent years he has worked on the inactivation of gene expression using antisense modified nucleotides and RNase P. Most successful is the research on the malarial parasite in vitro, Plasmodium falciparum. He is now professor emeritus at Yale.

He took US citizenship in 1984 but retained his Canadian citizenship. In 1972 he married Ann Körner, a writer and scientific editor. They were divorced in 2018. Their two children, Daniel, an economist and writer, and Leah Hazard, a midwife, are married and each have two children. Both children have written books about their professional interests.