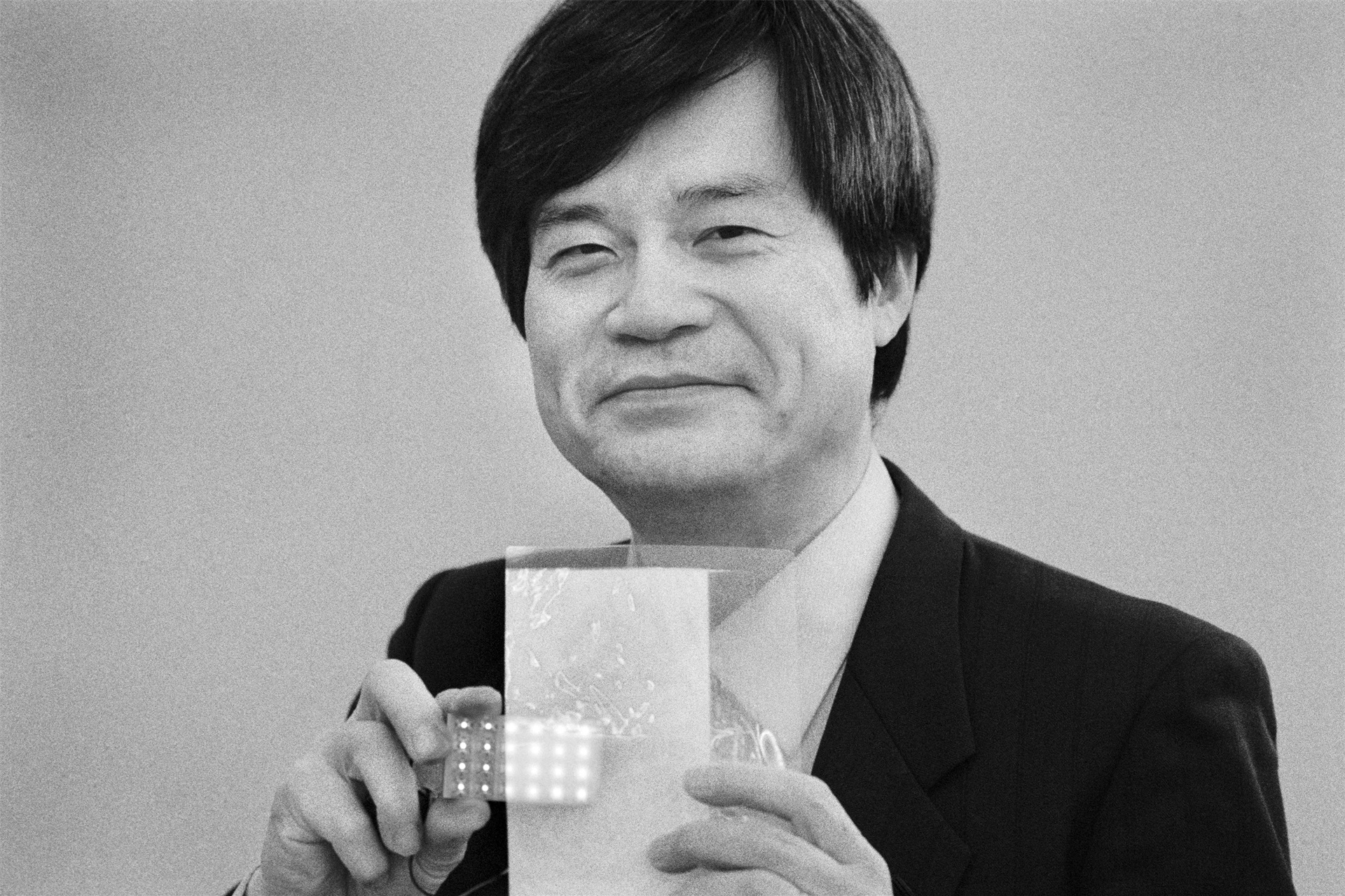 Take a look at a nocturnal satellite image of earth and the planet – or much of it, at least – seems lit up like a Christmas tree. A quarter of the world’s electricity supply is generated to keep those lights burning. Yet there are also vast areas left in darkness, whether through poverty, lack of population or poor national grid coverage.

The winners of the 2014 Nobel Prize for Physics – Amano, his university mentor Isamu Akasaki and Shuji Nakamura – could not only slash the electricity bill (along with waste, pollution and greenhouse gases into the bargain) but also bring light into the darkness. The three men, all Japanese, have helped create the blue light-emitting diode (LED) which, combined with existing red and green LEDs, produces white light. LEDs are already up to 19 times brighter per watt of electricity than conventional incandescent bulbs and last up to 100 times longer - and they are constantly being improved. They are smaller and stronger than bulbs, use fewer raw materials and burn less fuel. Because they are so much more efficient, they can be used in remote areas, such as parts of Africa, powered by solar cells.

White LEDs are already in extensive use in anything from mobile phones to torches, and the related blue laser is used in ‘Blu-Ray’ DVD players where it allows more information to be stored on the disc. The reason for this is the shorter wavelength of blue light, which was also the major stumbling block to the device’s creation. Long wavelength red LEDs were the first to be produced in the 1950s. Within a decade, scientists had pushed the limits to include green light, but the blue/UV end of the spectrum remained elusive, and would remain so until the 1980s, by which time many researchers had given up hope.

One who still persevered was Isamu Akasaki, who had been working on the project for two decades when, in 1981, he rejoined the staff at Nagoya University as professor of electronics. The following year Amano joined Akasaki’s group as an undergraduate student, researching the development and application of nitride semiconductors. In 1985, under Akasaki’s guidance, he developed a method of depositing buffer layers at low-temperature on a sapphire substrate, which allowed the growth of a smooth, stable gallium nitride (GaN) crystal growth. This stability was essential for the next stage, doping the GaN with magnesium or silicon to give it a positive (p-type) or negative (n-type) charge. In 1989, Amano succeeded in fabricating a p-n-junction-type GaN-based UV/blue light-emitting diode for the first time in the world.

Hiroshi Amano was born in 1960 in Hamamatsu, Japan. He attended Nagoya University where he received his engineering degrees in 1983, ’85 and ’89, all whilst working on Isamu Akasaki’s project to develop a blue LED. From 1988-92 he worked as a research associate at Nagoya before moving to Meijo University as an assistant professor, rising to the rank of professor in 2002. In 2010, he moved to the Graduate School of Engineering, Nagoya University. On 1 October 2015, he became a director of the Center for Integrated Research of Future Electronics, Institute of Materials and Systems for Sustainability, Nagoya University.

Amano is married to Kasumi Amano. The couple have been together for 30 years and have two grownup children. 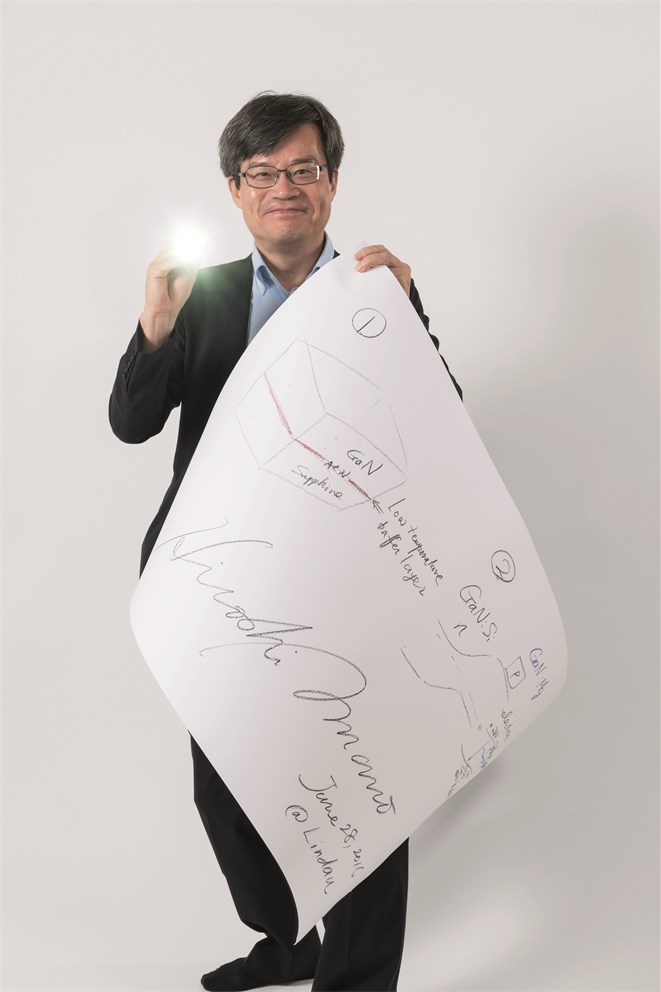 The blue LED led to the white LED - and changed the world far beyond physics. My bike now has an LED light, just like most others. And it’s just that LED from my bike which Amano shines into the camera. A brilliant scientist has made the world brighter - and safer!