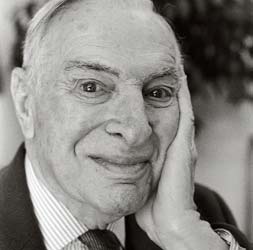 Arrow shared the Nobel Memorial Prize in Economic Sciences in 1972 with John R. Hicks for contributions to the theories of economic welfare and of general equilibrium. His work on the first topic is a clarification of the meaning of an improvement in economic welfare. His contribution is usually referred to as the theory of social choice. It can be interpreted as a theory of elections or as a theory of collective choice among alternative policies, economic or others. A number of criteria are proposed for rational social choice, each of which is eminently plausible; yet it is demonstrated that no method of social choice can satisfy all of these criteria.

General equilibrium is an approach to economic analysis which emphasizes the interconnectedness of the economy. Hicks had shown that the approach could be extended to dynamic issues, in which decisions about future and present actions are made simultaneously and with regard to their interactions. Arrow's work extended the analysis to cover the possibility of uncertainty as to future developments and (jointly with the late Gerard Debreu, who was later awarded the Nobel Memorial prize) showed that the equations governing general equilibrium were in fact consistent with each other.