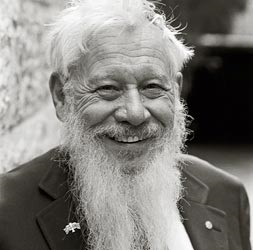 Robert John Aumann is an Israeli mathematician, who shared the 2005 economics prize with Thomas Schelling of the USA for “having enhanced our understanding of conflict and cooperation through game-theory analysis”. Game theory, which examines rivalries among competitors, was also the topic of the 1994 laureate John Nash, portrayed in the film “A Beautiful Mind”. But why do some groups – from individuals through businesses, to entire nations – succeed in promoting cooperation while others are caught up by conflict? This was the focus of the work by both Aumann and Schelling, who advanced Nash’s game theories during the 1950s.

Aumann was born in Frankfurt am Main, Germany in 1930 to an orthodox Jewish family, who immigrated to New York in 1938. Robert and his brother attended Jewish parochial schools and both earned a BA at the City College of New York. Robert had a love of mathematics but admits he was “baffled and bored” by economics, which he dropped as a minor in college after a few weeks. After completing his BSc in 1950, he entered MIT and obtained an MSc in 1952 and completed a PhD in the mathematical theory of rope knots. Fifty years later he found use for his work, helping his grandson study cancer caused by ‘knotted’ DNA. After achieving his PhD in 1955, Aumann went to work for the Analytical Research Group in Princeton, where he worked on the theoretical problem of defending a city from aerial attack. He had met John Nash at MIT and later remembered and decided that Game Theory was the tool for that job. Studying the theory more closely, Aumann became fascinated.

He became best known in mathematical circles for his work on repeated games, publishing his theories in 1959. This and his later Folk Theorem are expressions of the relation between equilibrium behaviour in the repeated game and cooperative behaviour. Aumann’s ‘correlated equilibrium’ is more flexible than the classical Nash equilibrium. To the general public, however, he is better known for using game theory to analyse dilemmas in the Talmud, but has been criticised for his support of Torah codes research. Aumann is a proponent of a strong Israel, even quoting game theory in his arguments against the 2005 Jewish withdrawal from Gaza. He married Esther Schlesinger in 1955 and the following year took up a position as an instructor of mathematics at the Hebrew University of Jerusalem. He has worked there ever since.

The couple had five children (the eldest, Shlomo, was killed in action in 1982) numerous grandchildren and great-grandchildren. Esther died in 1998 and in 2005 Aumann married Esther’s sister, Batya Cohn. Aumann is a member of the US National Academy of Sciences and has won the Harvey Prize in Science and Technology, the Israel Prize and the Emet Prize for economics.