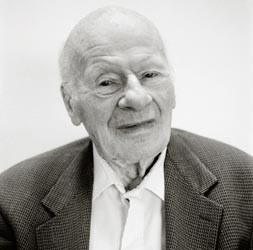 Hans Albrecht Bethe was born in Strasbourg, Alsace-Lorraine, in 1906, when the territory belonged to Germany. His work in theoretical physics helped introduce quantum physics, and he received the Nobel Prize in Physics for “his contributions to the theory of nuclear reactions, especially his discoveries concerning the energy production in stars”. Bethe attended school in Frankfurt from 1915–24, and went on to gain a physics degree. He then studied theoretical physics at Munich, earning his PhD in 1928 with a thesis on electron diffraction from crystals that remains valid today. He worked briefly at Frankfurt and Stuttgart, but was working at Tübingen when the Nazi party came to power and as a half-Jew (on his mother’s side) he was ousted from his job.

Bethe emigrated to England in 1933 where he taught in Manchester and Bristol. In 1935 he moved to the US as assistant professor at Cornell University, NY, rising to full professor in 1937, and stayed there also after retiring in 1975. Bethe’s main work concerned atomic nuclei. He published a series of articles on nuclear physics that became renowned as ‘Bethe’s Bible’. He also co-wrote the Bethe-Bloch formula which estimates the energy-loss by ionisation of charged particles passing through matter. In 1939 he calculated that the sun’s energy production comes from the fusion of four hydrogen nuclei into one helium nucleus by a chain of fusion reactions. Bethe also showed that in hotter stars the ‘carbon-nitrogen cycle’ can account for the energy output. He continued to research astrophysics until his death.

Bethe became a US citizen in 1941 and worked on radar at MIT before joining the atom bomb project in Los Alamos. During the 1950s, he reluctantly helped develop the hydrogen bomb, but later campaigned against nuclear testing and the arms race, leading to the ban on atmospheric nuclear tests in 1963 and the Anti-Ballistic Missile Treaty (SALT I) in 1972. He continued his opposition to nuclear proliferation during the Reagan years and up to the 2004 US election, accusing George W Bush of misuse of science. However, he remained a strong advocate for nuclear energy.

He received the Max Planck Medal in 1955, US Enrico Fermi Award in 1961, and was a member of the US National Academy of Sciences and British Royal Society. Hans Bethe died on 6 March 2005, at the age of 98 and was survived by his wife Rose, and two children. A new college at Cornell University was named in his honour.