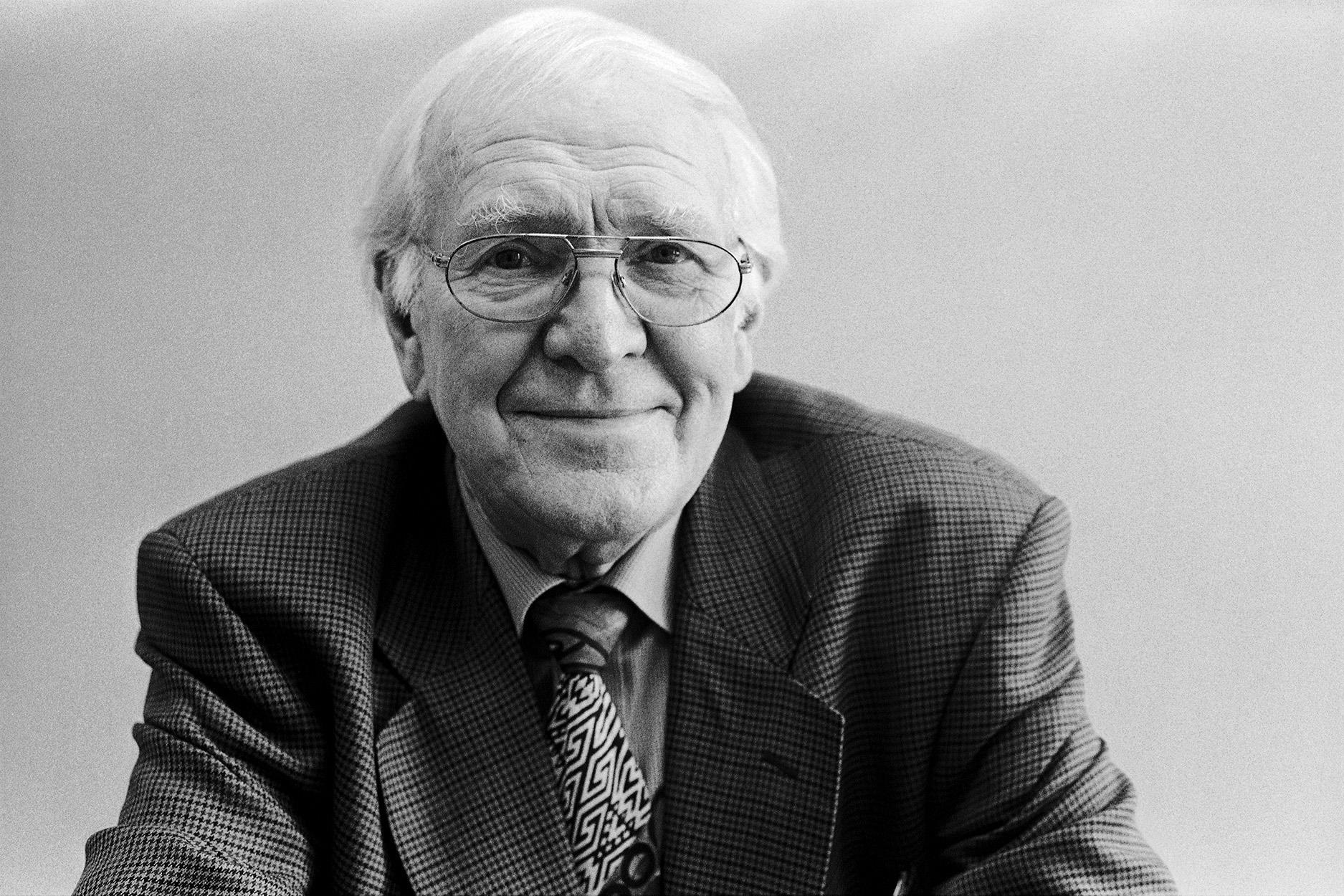 The fourth of five sons, James was born in 1924 and attended Beath High School in Fife, Scotland, before gaining a scholarship to St Andrews University in Edinburgh. Despite an early interest in maths, he followed his elder brother William into medicine, and gained several student prizes. After graduating in 1946, Black wed fellow student Hilary Vaughan (d.1986, the couple has a daughter, Stephanie, born in 1951) and joined St Andrews’ physiology depart- ment. Investigating intestinal absorption of sugars, he found that, in rats, iodoacetate rapidly and irreversibly reduced blood pressure.
In 1947 the couple moved to Singapore where Black lectured at the King Edward VII College of Medicine, and made further progress in his study of mucosal blood flow and intestinal absorption. They returned in 1950 and he was asked to start a Physiology Department at the University of Glasgow Veterinary School. He built a state-of-the-art teaching laboratory working on gastric acid secretion and coronary problems.
Seeking a way to increase oxygen flow to the heart in coronary patients, or alternatively to reduce the heart’s need for oxygen, Black set out to find an adrenaline receptor antagonist. In 1958 he joined ICI Pharmaceuticals in Cheshire. His team – Black is keen to point out that the work was a team effort – created the beta-receptor antagonist Pro- pranolol, which revolutionised the treatment of angina and is considered to be one of the most important contributions to clinical medicine and pharmacology. By 1963, Black began hunting for an equivalent drug to block, for example, histamine-stimulated acid secretion. Leaving ICI for Smith, Kline & French Laboratories, he was given a free hand with his new project, joined by Bill Duncan, a biochemist from his ICI team.
Again, Black shares his credit on the histamine project with Mike Parsons and Graham Durant, who made the initial breakthrough, and Robin Ganellin. By 1972 Cimetidine was in development and Black’s feet started itching again. Seeking a break from commercial pressures, he accepted the Chair in Pharmacology at University College, London.
In 1977, however, Black joined the Wellcome Foundation but views his time there (to 1984) with mixed feelings. Office politics marred his work life, but he made great progress in his own research, and Wellcome offered him the chance to establish a small independent academic research unit within King’s College, London, where Black says he felt he had ‘found my niche at last’. In addition to his 1988 Nobel Prize in Physiology or Medicine (shared with George Hitchings and Gertrude Elion) he was elected a Fellow of the Royal Society in 1976, the same year he received the Lasker award.
He was knighted in 1981 and in 2000 Sir James was appointed to the Order of Merit.
Sir James W. Black died on 21 March 2010.
This text of the Nobel Laureate was taken from the book: "NOBELS. Nobel Laureates photographed by Peter Badge" (WILEY-VCH, 2008).