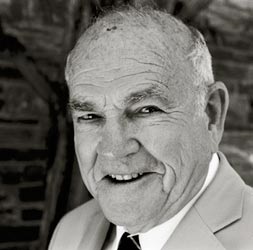 Baruch S. Blumberg is a Distinguished Scientist at Fox Chase Cancer Center, Philadelphia, Pennsylvania and University Professor of Medicine and Anthropology at the University of Pennsylvania in Philadelphia. From May 1999 until October 2002, he served as Director of the National Aeronautics and Space Administration (NASA) Astrobiology Institute headquartered at Ames Research Center, Moffett Field, California. From October 2000 until October 2001, he was Senior Advisor to the Administrator of NASA based in Washington D.C. From 2003-2004, he served as Principal Scientist of the NASA Division of Fundamental Space Biology. He was Master of Balliol College, Oxford University, from 1989 to 1994 and, prior to that, Associate Director for Clinical Research at Fox Chase Cancer Center from 1964. He was on the staff of the National Institutes of Health, Bethesda, Maryland, from 1957 to 1964. He earned an M.D. degree from the College of Physicians and Surgeons, Columbia University, New York, in 1951, and a Ph.D. (D. Phil.) in Biochemistry from Oxford University in 1957. He was an Intern and Resident at Bellevue Hospital and The Columbia Presbyterian Medical Center in New York City.

His research has covered many areas including clinical research, epidemiology, virology, genetics, and anthropology. He was awarded the Nobel Prize in 1976 for "discoveries concerning new mechanisms for the origin and dissemination of infectious diseases" and specifically, for the discovery of the Hepatitis B virus. In 1993, he and his co-inventor, Dr. Irving Millman, were elected to the National Inventors Hall of Fame for their invention of the hepatitis B vaccine and the diagnostic test for hepatitis B. He has taught medical anthropology at the University of Pennsylvania and elsewhere, and has been a Visiting Professor in India (Bangalore), Singapore, University of Kentucky (Lexington), Indiana University (Bloomington), the University of Otago, Dunedin, New Zealand, and Stanford University in California (department of Medicine and Program in Human Biology).