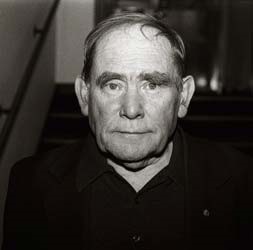 By 1962, when his Nobel Prize-winning work began, Sydney Brenner was already an established name in the field of genetics and molecular biology. He was one of the group credited with the discovery of messenger RNA and in a famous experiment with Francis Crick (whom he first met in 1953, shortly before Crick and James Watson published their findings on DNA) and others in 1961 elucidated the triplet code of protein translation, which ultimately led to the elucidation of the genetic code. Yet it was not for this that he received the physiology or medicine prize, but for his work with John E Sulston and H Robert Horvitz, for their discoveries about how genes regulate tissue and organ development, in particular a system of programmed cell death, or apoptosis.

Brenner was born in 1927 in Germiston, South Africa, to Jewish immigrants from Lithuania and Latvia. He attended Germiston High School and the University of the Witwatersrand, gaining an MSc in 1947 and MB and BCh in 1951 before going on to complete his PhD at Oxford University, UK, in 1954. He then went to work for the Medical Research Council (MRC) in Cambridge, where he performed much of his best-known work. He later directed the MRC’s Laboratory of Molecular Biology (1979– 86) and Molecular Genetics Unit (1986–91). After their work together in 1961, Crick and Brenner hit a plateau. “We felt most of the problems of molecular biology had been solved and that the future lay in tackling more complex problems,” Brenner recalls. For him that meant areas of development and the nervous system.

In 1963 the MRC agreed to expand the research laboratory although Brenner’s proposal to work with worms (initially Caenorhabditis briggsae before C. elegans was selected in preference) was met with some scepticism by people who thought the approach was too ‘biological’ and not ‘molecular’ enough.

The near microscopic nematode C. elegans begins life with just 1,090 cells yet shares many basic biological characteristics with humans. Its simplicity, and the fact that it is transparent, allowing scientific study of cell processes in the living organism, making this tiny creature an ideal model from which to extrapolate genetic information useful to the study of human biology. The fact that the worm has fewer cells (959) as an adult than it started with was a clear indication of apoptosis – which is a part of development in all living creatures. Brenner stayed with the MRC until 1996, when he moved to the US to found the Molecular Sciences Institute in Berkeley, California. In 2000 he also accepted the position of distinguished research professor at the Salk Institute for Biological Sciences in La Jolla, California and studied vertebrate gene and genome evolution. For decades he has been working with scientists in Singapure.