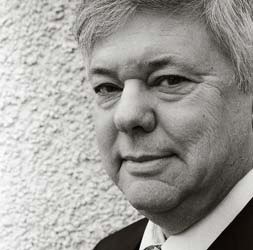 Michael Stuart Brown and Joseph Goldstein, his colleague at the University of Texas, shared the 1985 award in physiology or medicine for their discoveries concerning cholesterol metabolism.
Cholesterol, despite its evil reputation among dieticians, is a natural bodily chemical, used in cell membranes, and converted to bile salts and steroid hormones. It forms lipoprotein (fat and protein) particles, ranked according to their density from ‘very low’ to ‘high’. The most harmful lipoproteins are called low density lipoproteins. They circulate in the blood and adhere to arteries where they produce atherosclerotic plaques that eventually lead to heart attacks and strokes. In 1973 Brown and Goldstein found that cells absorb LDL through special receptors. An unhealthy, high cholesterol diet reduces the cells’ need for natural cholesterol. LDL-receptors are shut down, leading to increased cholesterol in the blood, which can block arteries and cause atherosclerosis, heart attacks or strokes. Poor diet is the most common problem, but some people suffer from hereditary hypercholesterolemia – a lack of LDL-receptors – with cholesterol levels five times the norm. Much rarer is cholesterol deficiency, which can damage the nervous system. Brown and Goldstein’s work led to the development of the cholesterol-lowering stating drugs, but the discovery of the LDL-receptor also revealed a fundamental aspect of cell biology – receptor-mediated endocytosis.
Brown was born in Brooklyn, New York, in 1941. When he was 11 the family moved to a suburb of Philadelphia, where he attended Cheltenham High School. He progressed to the University of Pennsylvania, where he gained a BSc in chemistry in 1962 before switching to the School of Medicine to earn his MD in 1966. While serving as a hospital intern in Boston he met Joseph Goldstein, a fellow intern, and the two became firm friends. From 1968–71 Brown worked at the National Institutes of Health, first on gastroenterology and then in the biochemistry department, under Earl Stadtman, a pioneer in enzymology and metabolic regulation. In 1971 he joined the division of gastroenterology at the University of Texas Southwestern Medical School in Dallas, where he made progress with enzymes in cholesterol biosynthesis.
The following year after a postdoctoral fellowship in Seattle, Goldstein returned to Dallas to set up a genetics laboratory and the duo were reunited as partners. Within a year they had made their Nobel-awarded breakthrough. Brown rose to become Paul J Thomas Professor of Medicine and Genetics, and Director of the Center for Genetic Disease at University of Texas. In 1985, he was appointed Regental Professor, rising in parallel with Goldstein. He is currently Paul J. Thomas Professor of Molecular Genetics and Director of the Jonsson Center for Molecular Genetics at UT Southwestern.
Brown has received numerous awards, including the U.S. National Medal of Science, and is a member of several academies. He is a Diplomate of the American Board of Internal Medicine and a Fellow of the American College of Physicians.
In 1964 he married child-hood sweetheart Alice Lapin. They have two daughters.