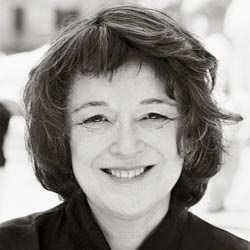 It is said that the sense of smell is the one most closely linked to memory. This may be true for many reasons – smell is a primal warning if we are about to eat putrid food, and for infants, as with creatures born blind, smell enables them to find their mother’s teat for feeding. The sense of smell varies from animal to animal. Fish, for example, have only around 100 odorant receptors, humans have nearer 1,000, while dogs have, on average, 40 times the ‘sniffing area’ that humans do. American biologists Linda Buck and Richard Axel received the 2004 award in physiology or medicine for their work on olfactory receptors in rats – which have slightly more than humans.

By analysing DNA, they estimated that there are approximately one thousand different genes for olfactory receptors – roughly three per cent of human genes. All the odorant receptors differ in certain details, making them react to different odorous molecules – we can ‘remember’ approximately 10,000 smells. When a receptor is activated, it first activates a G protein, to which it is coupled. The G protein in turn stimulates the formation of cAMP (cyclic adenosine mono phosphate) to send an electric signal to the brain. Axel and Buck published the fundamental paper jointly in 1991, and have since worked both together and independently.

Linda Buck was born in 1947 in Seattle, Washington, where she initially studied psychology at university, but eventually became fascinated by immunology, and decided to become a biologist. She received her BSc in psychology and microbiology in 1975 and moved to the University of Texas, Dallas, gaining a PhD in immunology in 1980. She first met Axel when she performed post-doctoral work under him and Eric Kandel at Columbia University in New York, to learn molecular biology on Kandel’s Nobel-awarded study of neurons in sea slugs. Reading Sol Snyder’s 1985 publication about odor detection inspired Buck to find odorant receptors (as yet undiscovered) as the first step to explaining how the system worked. In 1988, she embarked on her quest in Axel’s lab. In 1991, Buck and Axel pub- lished their findings. That year, Buck joined Harvard Medical School, where she and her team traced the path of the signals from the receptors to the brain, publishing their findings in 2001.

In 1994, she became an investigator of the Howard Hughes Medical Institute. In 2002, Buck returned to Seattle to join the Fred Hutchinson Cancer Research Center and teach physiology and biophysics at the University of Washing- ton. She was inducted into the National Academy of Sciences in 2003. She continues her work on smell, but is also exploring the neural circuits that underlie innate behaviors and is working to identify genes that control aging and lifespan. In 2006 Buck married with Roger Brent, a fellow scientist whom she met in 1994.