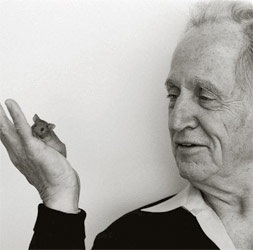 The 2007 Nobel Prize in Physiology or Medicine was awarded to Mario Capecchi, Martin Evans, and Oliver Smithies for their pioneering work on generating specific gene modifications in mice that allow evaluation of gene function in living mammals. Their work enables scientists to modify any chosen genes in mice and to raise offspring that carry that specific modification, and thus determine the role of those genes in the development, physiology, behaviour, and/or pathology of the mice. Evans identified and isolated mouse embryonic stem cells needed to implement this procedure. Capecchi and Smithies, independently discovered how to use the normal process of homologous recombination in mammalian cells to mediate recombination between exogenous and cognate endogenous DNA sequences to modify genes in the soma and thereby allowing development of genetically-modified mice. This procedure has become indispensable in medical research.

Capecchi had a difficult start in life. Born in Verona, Italy, in 1937, his mother – Lucy Ramberg, a poet – was incarcerated in Germany for her anti-Nazi-fascist views in 1941, leaving young Mario to a near feral life until the war’s end when, miraculously, his mother found him again after an almost two year search. The pair moved to America, living with Lucy’s brother on a Quaker commune. Mario developed an interest in science from his uncle’s work as a physicist. He majored in chemistry and physics at Antioch College, Ohio. As an Antioch undergraduate, which had a very strong work/study program, he worked at MIT in Alex Rich’s laboratory, where he was introduced to the newly emerging field of molecular biology. In 1961 he entered the graduate program in biophysics at Harvard University and was mentored by DNA pioneer James D. Watson. Capecchi completed his PhD in 1967 and was awarded a position as a junior fellow of the Society of Fellows of Harvard.

In 1969 Capecchi joined the faculty in the Department of Biochemistry at Harvard Medical School where he quickly rose through their ranks, but unexpectedly decided to move to the University of Utah as a Professor of Biology in 1973, where he had the opportunity to participate in building a new department under the leadership of Gordon Lark. When Capecchi first applied for a grant from the National Institute of Health in 1980 to develop gene-targeting in mammalian cells, he was told that this project was “not worthy of pursuit.” Despite this rejection, he persevered with the project using NIH funds designated for other projects. By 1984 Capecchi had acquired strong evidence that gene-targeting worked in mammalian cells and resubmitted his grant to the same study section now proposing to extend gene targeting to mice. This time the NIH study section strongly embraced Capecchi’s grant, initiating their summary evaluation pink sheet with the phrase “We are glad you didn’t follow our advice.” By 1989 a number of laboratories, including Capecchi’s, generated the first mice with targeted mutations. From 1988 - 2015 he has been an investigator of the Howard Hughes Medical Institute. In 1993 he was made Distinguished Professor of Human Genetics and Biology at the University of Utah School of Medicine.
Capecchi, whose Nobel award made a fine 70th birthday present, lives with his wife Laurie Fraser. They have one daughter, Misha.