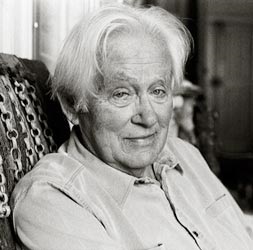 Ceorges Charpak - Poland/France Georges Charpak was born in 1924 in the village of Dobrowica, in a part of Poland that is now in Ukraine, to a Polish/ Ukrainian Jewish family who moved to Paris when he was seven years old. Although barely 15 when World War II broke out, the young Georges served in the resistance and was imcamp at Dachau, where he remained until the camp was liberated in 1945.

He immediately returned to his education, graduating from Lycée des Montpellier later in 1945 and joining the prestigious École des Mines engineering school in Paris. The following year he became a naturalized French citizen.

He graduated in 1948 and started working for the National Centre for Scientific Research (CNRS). He stayed there for 11 years, combining work with further studies at the College de France, Paris, where he worked in the laboratory of Frédéric Joliot-Curie and gained a doctorate in nuclear physics in 1954. In 1959 he joined the staff of CERN (European Organisation for Nuclear Research) in Geneva and it was during his time there in the 1960s that he carried out the work for which he received the Nobel Prize – developing various types of nonphotographic scintillation chambers and in 1968 inventing the proportional multiwire chamber. As the name suggests, in essence the device relies on an intricate arrangement of copper wires whose effect is to amplify the electric pulse produced by a high energy charged particle passing through the detector. It can also be used for medical x-ray diagnostics to improve image clarity, which in turn reduces the amount of radiation exposure for the patient.

He went on, in 1974, to introduce spherical drift chambers for studies of proteins by x-ray diffraction, and in the 1980s also introduced multistage avalanche chambers and other advances in imaging technology. In 1984 Charpak became Joliot-Curie professor at the School of Advanced Studies in Physics and Chemistry, Paris. He was made a member of the French Academy of Science in 1985. In 1992, he received the Nobel Prize in Physics “for his invention and development of particle detectors, in particular the multiwire proportional chamber”.

Perhaps not surprisingly, Charpak is a strong advocate for nuclear power. He is also a patron of the sciences – having been taken to the hearts (and minds) of Ottawa University in Canada during a number of visits there, he repaid an honorary doctorate by sponsoring a Canada-Israel research grant put together by the French embassy. 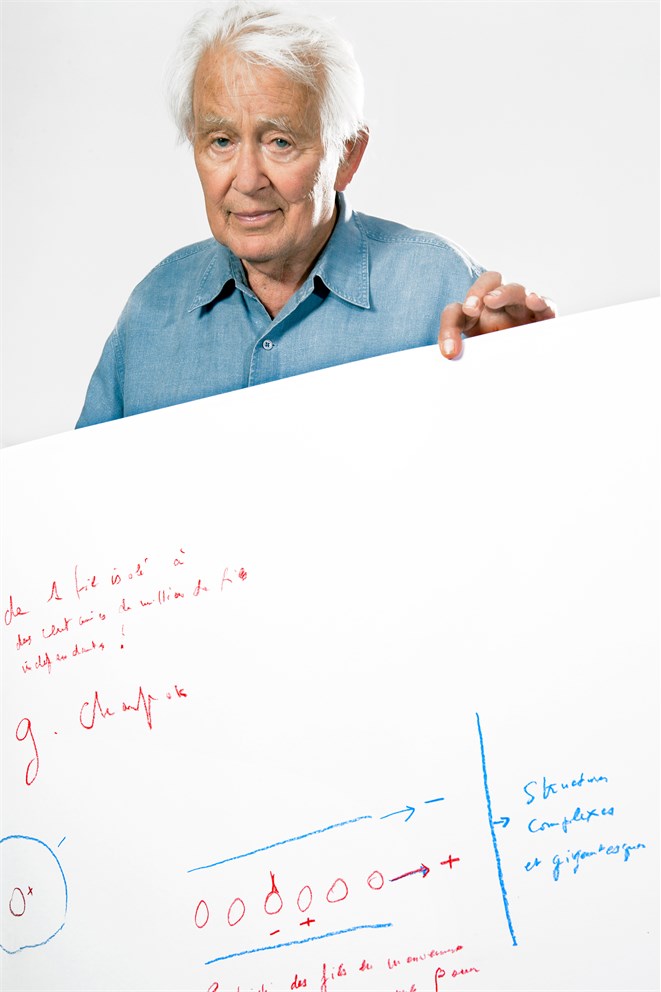 I meet Georges Charpak at his home in Paris, which I turned into a
proper studio under the amused eyes of his wife.
There was a huge white backdrop taped to his bookshelves, and
strobes on stands all over his living room.
Besides being a great scientist, Charpak is also a great humanist.
This shows in his eyes, which are a stunning blue.
And he even wore a matching shirt!

Wired for Detection
by Adam Smith

The strange world of particle physics has been a rich source of Nobel Prizes, both for advances in understanding the nature of elementary particles and for inventing new ways to detect them. Two such particle detectors are illustrated in the Sketches of Science exhibition. Don Glaser’s bubble chamber, invented in 1952, allowed particle tracks to be photographed at the rate of about one per second, which was then a great improvement. George Charpak’s multiwire proportional chamber, which came onto the scene in 1968, improved that speed of detection by many thousand-fold.

Charpak has summarized the principle underlying his improved detector for us in the phrase written, in French, at the top of his sketch: “From one isolated wire to hundreds of millions of independent wires!” He based his detector on an earlier invention, the proportional counter, which, as he has illustrated in the left hand drawing, consists of a thin wire (the ‘anode’, in red) sitting in a gas-filled tube, across which an electric field is applied. When a charged elementary particle passes through the tube it ionizes atoms of the gas, which eject an electron, leaving the atoms with a net positive charge, causing them to drift towards the walls of the tube (the cathode). The electrons instead head for the central wire, picking up speed as they go and ionizing more gas atoms on the way, creating a cascade of electrons. The resulting deluge of electrons produces an electric current in the wire, signalling to the observer that the an ionization event has occurred. Although able to detect the presence of ionizing particles in rapid succession, this isolated wire approach has very poor spatial resolution, limited by the size of the tube.

As shown in the right hand sketch, Charpak realised that he could massively increase resolution by replacing the wire-in-a-tube with a series of thin, parallel wires (in red) arrayed between cathode planes (in blue). With diameters of just a tenth of a millimetre, and arranged a couple of millimetres apart, each wire in Charpak’s new detector operated as its own proportional counter. By arranging layers of such wires into, as Charpak phrases it, “Gigantic and complex structures,” he was able to build particle detectors with spatial resolutions of about a millimeter and detection rates of several hundred thousand particles per second.