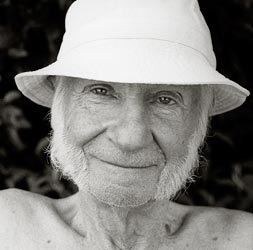 Hans Dehmelt, of the University of Washington, Seattle, US, shared one of the two 1989 awards with Wolfgang Paul, at the University of Bonn, Germany, for the development of the ‘ion trap technique’, which has made it possible to study a single electron or a single ion with extreme precision. The other award went to Norman Ramsey, at Harvard University, for the invention of the separated oscillatory fields method used in atomic clocks. Both achievements are important in the development of atomic precision spectroscopy. The work of Paul and Dehmelt enabled spectroscopists to study single atoms or ions.

In the 1950s Paul showed it was possible to focus neutral atoms in a beam using a six-pole magnetic field. The atoms could then be filtered, again using magnets. The ‘Paul trap’ used in ion-trap spectroscopy is a development of these techniques. Another kind of ion trap, the ‘Penning trap’, was used by Hans Dehmelt and his co-workers in Seattle. Dehmelt first used ion-trap spectroscopy mainly to study electrons. In 1973 he was the first to observe a single electron in a trap. Two years later he introduced a method for cooling the electron, improving accuracy dramatically. Some magnetic properties of the electron could eventually be measured with ten-digit precision, thereby testing the theory of quantum electrodynamics.

Later in the 1970s Dehmelt succeeded with Peter Toschek in Heidelberg in observing a single ion in a trap. This opened the way to single-ion spectroscopy, which has achieved even greater accuracy than that of the cesium clock. Hans Georg Dehmelt was born in Görlitz, Germany, in 1922. He was a keen reader and played with erector sets and radios – sure signs of a budding physicist – and attended the Gymnasium zum Grauen Kloster in Berlin, graduating in 1940. He then joined the army as an anti-aircraft gunner and served in Russia but in 1943 he was ordered to attend the University of Breslau to study physics. He rejoined the army in 1944 and was captured during the Battle of the Bulge. After the war he returned to his studies (partly under Max Planck) at the University of Göttingen, supporting himself by repairing radio sets. He gained an MSc in 1948, and PhD in 1950 and was invited to Duke University in Durham, North Carolina, US, emigrating in 1952.

In 1955 he became an assistant professor at the University of Washington, rising to full professor in 1961, the same year he became a US citizen. Although he continued his single electron and single ion work, in the 1990s, he also explored the health and nutrition fields, writing papers on therapeutic diets. He retired in 2002. Dehmelt is married to Diana Dundore MD, and has a son, Gerd, from an earlier marriage to Irmgard Lassow, now deceased.