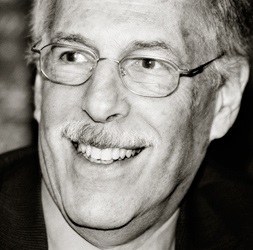 In April 2010, with the US facing a continuing housing and jobs crisis, President Obama nominated three new members to the Board of Governors of the Federal Reserve System. Two were accepted by the US Senate but Republicans, headed by Alabama Senator Richard Shelby, blocked the appointment of Peter Diamond. Republicans claimed Diamond lacked experience in conducting monetary policy and in crisis management.

Six months after Diamond’s nomination, came the announcement of The Sveriges Riksbank Prize in Economic Sciences in Memory of Alfred Nobel 2010 awarded to him together with Dale Mortensen and Christopher Pissarides “for their analysis of markets with search frictions.” The three laureates have formulated a theoretical framework for search markets, such as the job market, in which buyers and sellers do not always make contact with one another immediately. Since the search process requires time and resources, it creates frictions in the market. Their models help explain how unemployment, job vacancies and wages are affected by economic regulations and could help guide government policy to find the best solution. Search theory applies to many other areas, in particular the housing market, monetary theory, public economics, financial economics, regional economics and family economics.

The prize committee also cited Diamond’s work on frictions in markets in a broader sense, including work on missing markets, overlapping generations, and the more “traditional” theory of public finance.
In regards to The Sveriges Riksbank Prize in Economic Sciences, Senator Shelby said the Royal Swedish Academy “does not determine who is qualified to serve” on the Federal Board. In a June 6, 2011 published article in the New York Times, Diamond withdrew his nomination and responded to some of the statements about him. He pointed out that understanding the labor market was critical for devising an effective monetary policy, and that crisis prevention, not just crisis management was central for the Fed. His work on the labor market, which was central to his Nobel Prize, and his work on capital markets, which was cited as well, was of real relevance.

He wrote his first major paper in 1965, an overlapping generations analysis of public debt, starting with consulting about Social Security for U.S. Congress in 1974, he has written about pension systems in many countries. At the age of 28 he was elected a fellow and later served as president of the Econometric Society. He has also served as president of the American Economic Association, is a fellow of the American Academy of Arts and Sciences, a member of the National Academy of Sciences, and in 1988 helped found the National Academy of Social Insurance.

Peter Diamond is married to Priscilla ‘Kate’ (nee) Myrick and has two sons.