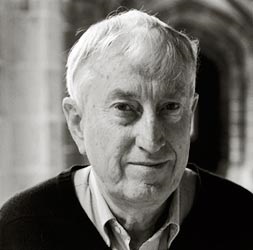 Born on October 15th, 1940 in Australia, Peter C. Doherty grew up in Brisbane, Queensland, and enjoyed studying the humanities and the physical sciences at high school. His first introduction to the biosciences was when, at age 17, he started in the faculty of veterinary science at the University of Queensland. His aim was to help feed the world by doing research on diseases of food producing animals. The training was very science oriented, with biochemistry, parasitology, bacteriology, virology and immunology being taught by active researchers.

On graduating, he was required (under the terms of his university scholarship) to work for the Queensland Department of Primary Industries. After a short period as a field veterinarian, he was transferred to the Department’s central diagnostic laboratory, where he developed skills as a diagnostic pathologist, did research on bovine leptospirosis, and spent some time in Melbourne learning virology. Then, in 1967, he applied for an advertised job as a veterinary neuropathologist at the Moredun Research Institute in Edinburgh, Scotland. Spending 5 years there he learned neuropathology and completed an external PhD on tick-borne encephalitis at Edinburgh University. From here he went (1971) to the JCSMR (the John Curtin School of Medical Research) in Canberra, Rolf Zinkernagel, a young Swiss MD, arrived about a year later and, working together in a small laboratory with one technical assistant, they made the discovery that was to be honoured 22 years later by the Nobel Prize.

Over a very short time (1973-5), they published 4 letters to Nature and an “Hypothesis” article in The Lancet, that described their experiments and proposed the “single T cell receptor/altered self model that was to earn them the Nobel award. Along the way, they were also recognized by the Paul Ehrlich Prize (Germany), a Gairdner International Award (Canada), and a Lasker Award (USA). Their achievement was to illuminate the basic nature of immunological surveillance, explain the biological role of the transplant system and provide a completely new understanding of T cell-mediated immunity.

Working in the Department of Microbiology and Immunology at the University of Melbourne, Australia, Doherty continues to be involved in research on T cell-mediated immunity to the influenza A viruses, and also continues as the Michael F Tamer Chair at St Jude Children’s Research Hospital, Memphis, USA. Since the Nobel, he has been a strong public advocate for science and the need to embrace an evidence-based world. As part of that focus, he has written 5 “lay” books on science and the science culture. The most recent, The Knowledge Wars (2015), looks at science, from the “warts and all” perspective of an “insider” (in biomedical research) and an “outsider” (in climate science). Later this year, he will publish The Incidental Tourist, which discusses the life and times of the modern scientist.