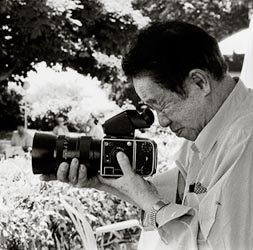 Leo Esaki was born Esaki Reiona in Osaka, Japan, in 1925. He anglicised his name when he joined IBM in America in 1960, although he retained his Japanese citizenship. He was educated at the University of Tokyo, where he received his bachelor’s degree in physics in 1947. He then spent nine years as a researcher at Kobe Kogyo Corporation before moving to Sony Corporation in 1956. Whilst at Sony, Esaki continued his studies at Tokyo University, gaining his PhD in 1959.

It was also at Sony that he made his Nobel-winning breakthrough – quite literally, in electronic terms – with the quantum mechanical phenomenon of tunneling. By adding impurities, or ‘doping’, germanium and silicon solidstate semiconductors he devised ways to modify their behaviour to enable electrons to pass through apparently impenetrable barriers. This work led to his invention of the double diode, also known as the Esaki diode, an important component in high-speed circuits found in computers and communications networks. It also opened the door for other developments that his corecipient of the 1973 physics prize (Ivar Giaever of Norway) developed separately.

In 1960 Esaki joined IBM’s research laboratories in Yorktown, NY, continuing his work with semiconductors. With his colleagues he pioneered manmade superlattices, exploring new areas of quantum semiconductor physics. He was named an IBM Fellow in 1967 and retired from IBM in 1993. In 1992, he was appointed president of the University of Tsukuba, considered Japan’s most technologically advanced university, from which he retired in 1998.