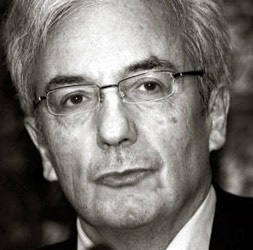 French physicist Albert Fert shared the 2007 Nobel Prize in Physics – along with several other awards including the Wolf Prize and Japan Prize – with Peter Grünberg for their independent but almost simultaneous discovery of Giant Magnetoresistance (GMR) in 1988. The phenomenon is a quantum effect based on the influence of the orientation of the electron spins on the electrical conduction in nanostructures based on magnetic metals. The discovery is recognized as the birth of spintronics, a research field often described as a new type of electronics exploiting not only the electric charge of the electrons but also their magnetism (their spin). Spintronics became rapidly an important field of research with a great potential of applications in the Technologies of Information and Communication. GMR itself boosted the capacity of information storage in hard drives. Hard disks store information in minute magnetic parcels, which are then read and decoded into text, images or sound. To get a larger density of stored information naturally involves compressing the parcels, resulting in a weaker signal that GMR is able to detect. GMR is also used today in different types of magnetic sensors as the compass of some smart phones.

After 1988, Fert and his team contributed significantly to the development of spintronics. They published an early observation of magnetoresistance in “Magnetic Tunnel Junctions (MTJs)” based on magnesium oxide (the type of MTJs used today in spintronic devices) and were among the first groups having studied the so-called spin-transfer-torque effects. In addition, Albert Fert and his co-worker Thierry Valet introduced the important theoretical concept of spin accumulation in the interpretation of spintronic phenomena.

After the Nobel Prize in 2007, Fert oriented his research in the emerging direction of the exploitation of topological properties in spintronics. He was one of the main pioneers of the research on the “magnetic skyrmions”, a novel important axis of the research in magnetism. His recent works are on other phenomena related to topological effects in condensed matter physics as, for example, the conversion between electrical and spin currents in materials called topological insulators.

Fert was born in Carcassonne, France, in 1938. He studied physics at the École Normale Supérieure from 1957, graduating in 1962 to the Université de Paris where he gained his master’s degree for a thesis on nuclear magnetic resonance (NMR). He followed this with his PhD in 1970 at the Université Paris-Sud for his work on the transport properties of nickel and iron. Fert worked throughout his studies – as an assistant at the Université de Grenoble from 1962–64, followed by a year spent in national military service. He then joined the Université Paris-Sud as a senior assistant until 1976 when he was promoted to professor of physics. He has remained there ever since, now as professor emeritus. From 1970–95 Fert led a research group at Paris-Sud’s Laboratoire de Physique des Solides and it was there that he discovered GMR, with his team working in collaboration with the company Thomson-CSF (now Thales). Since 1995, Fert is scientific director of the combined CNRS/Thales Joint Physics Unit.

Albert Fert is married to Marie-Josée Fert and they have two children. 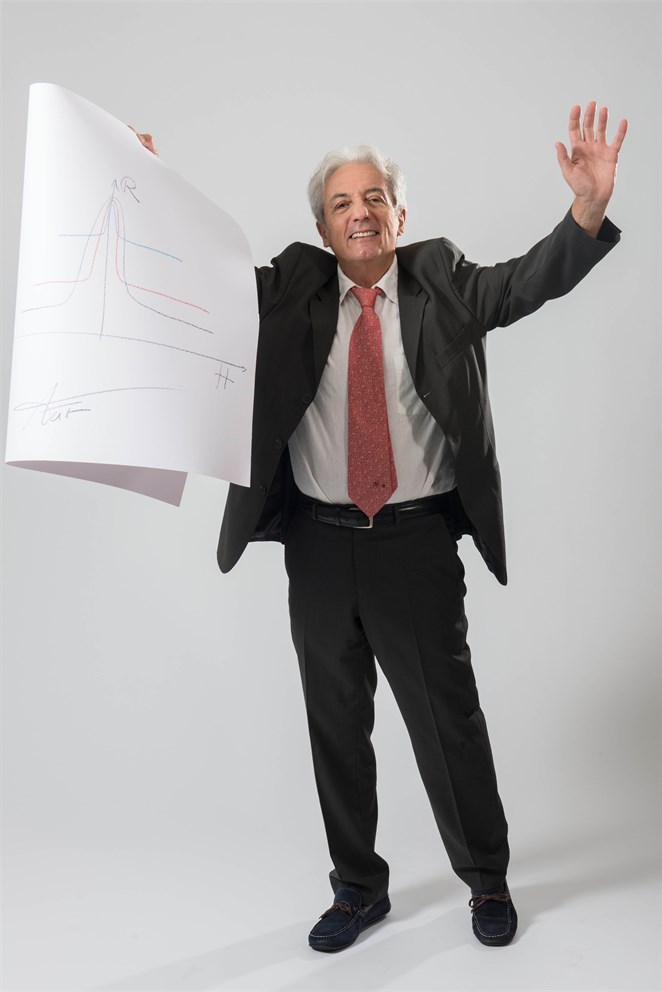 When I write this, I hear the quiet hum of the hard disc in my
computer. Which is partly Albert Fertʼs fault. His discovery lies at the
heart of the technology. It is fascinating to see how
this dicovery can be reduced to a simple graph.
After all, it has created entire industries!

The Birth of Spintronics

The red, blue and black curves you see on the right of Albert Fert’s sketch recreate the experimental record of his discovery, made in 1988, of a phenomenon he called Giant Magnetoresistance, or GMR for short. As the applied magnetic field (H) changed, he saw dramatic variations in the electrical resistance (R) of the specially constructed, layered metal stacks he was studying. The same unexpected finding was observed, quite independently, by Fert’s co-Laureate, Peter Grünberg, the very same year. Their discoveries quickly found applications in our daily lives, for instance by vastly increasing information storage capacity. Indeed, if you’re reading this on screen, then you might enjoy the thought that GMR lies at the heart of the device you’re reading it on.

The fact that magnetic fields can influence the electrical properties of metals had been known since 1856, when ‘magnetoresistance’ was first observed, and named, by William Thomson. But the magnitude of the effects recorded by Fert and Grünberg was astonishingly big; hence ‘Giant’ magnetoresistance. The conductors they studied were examples of ‘nanostructures’, made from extremely thin, alternating layers of materials, deposited in bands just a few atoms thick.

On the left of his sketch, Fert has attempted to explain the phenomenon, which has its origins in the quantum mechanical property of electron spin. The black arrows represent the direction of the applied magnetic field, and the red and blue arrows the direction of the individual electron spins. When the magnetic field is used to align the electrons in successive magnetic layers, as in the bottom diagram, current passes easily. But when the applied magnetic field causes the electrons to adopt opposite spins, current flow is blocked. A useful analogy is to think of polarising filters in sunglasses, which only allow light to pass through when the alignment of the light waves matches that of the polariser, whereas crossed polarisers block the passage of light completely.

One consequence of Fert’s discovery of GMR was the growth of an entirely new field of research called spintronics, which, in contrast to conventional electronics, makes use of not just the charge but also the spin of the electron. “This discovery was 30 years ago,” remarks Fert. “A long time ago, but today I am still presenting new results, results in a new direction of this field of research called spintronics. In fact this is what is amazing; science is always developing.”