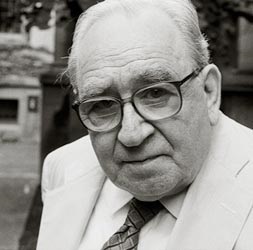 Robert William Fogel got the 1993 economics prize with Douglass North for the development of cliometrics, the application of statistical analysis to the study of economic history. By combining theory with quantitative methods, and by constantly creating and recreating databases, economic historians have been able to reassess earlier results and eliminate irrelevant theories. Fogel came to prominence in 1964 with his work on the impact of railroads on 19th century American economic development. Controversially, he argued that the railroads contributed far less than had been believed to the economic growth of the nation, and that much was owed to canals.

He caused further outcry in 1974 when his book (with Stanley Engerman) Time on the Cross: The Economics of American Negro Slavery, appeared to support slavery as a profi table enterprise. He later wrote Without Consent or Contract: The Rise and Fall of American Slavery (1989) to clarify both his work and his moral stance against slavery.

Fogel was born to Russian immigrants in New York in 1926, and soon developed a love of science, literature and history. His focus switched from physics and chemistry to history and economics at Cornell University, where he gained a BA in 1948, and progressed to Columbia University for his MA (1960), and Johns Hopkins University for his PhD (1963). He later received MA degrees from the University of Cambridge (1975) and Harvard (1976).

His initial interest in economics was ‘practical’ – despite the US coming out of the war far richer than when it went in, Fogel felt that by combining the study of history and economics he could discover a solution to economic instability and inequity. He soon began to focus on specific issues, such as the factory system in the 19th century, and the growth of railroads and steel mills.

Fogel taught at Johns Hopkins (1958–59), the University of Rochester (1960–65 and 1968–75), the University of Chicago (1964–75 and 1981–) and Harvard University (1975–81). In 1977 Fogel was invited to direct a new program for the National Bureau of Economic Research on the long-term Development of the American Economy (DAE). The DAE team constructed new sets of microeconomic data that opened up new aspects of economic and cultural interaction, from birth/death rates to the entry of females into the workforce, migration and social mobility. In 1981 he became the Charles R Walgreen Professor of American Institutions at the University of Chicago, and headed a new Center for Population Economics (CPE). In his prize lecture, Fogel particularly praised his assistant at the DAE and CPE, Marilyn Coopersmith. His recent work includes papers on health care and Asian economies. Fogel married Sunday school teacher Enid Morgan in 1948. They have two sons.


This text and the picture of the Nobel Laureate were taken from the book:  "NOBELS. Nobel Laureates photographed by Peter Badge"  (WILEY-VCH, 2008).