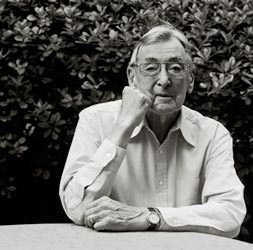 Robert Francis Furchgott shared the 1998 prize in physiology or medicine with Louis Ignarro and Ferid Murad for the discovery that nitric oxide (NO) acts as a signalling molecule in the cardiovascular system, prompting blood vessels to relax and widen. The discovery that the gas was produced naturally represented a whole new mechanism for biological signalling. Today NO (nitric oxide, not to be confused with N2 – nitrous oxide, or ‘laughing gas’) is used to regulate blood pressure and fight infection. It helps prevent the formation of thrombi, activates nerve cells, and helps kill bacteria and parasites. It is used to treat heart and lung conditions (Alfred Nobel was once prescribed nitroglycerin to treat chest pain), shock, cancer (by inducing cell death to combat tumours) and impotence (Viagra was a spin-off from this research).

Murad discovered in 1977 that nitroglycerin worked by releasing nitric oxide. Furchgott determined in 1980 that blood vessels were dilated because the endothelial cells produced a signal molecule he called EDRF, the endothelium- derived relaxing factor. Ignarro, together with and independently of Furchgott, concluded that EDRF was NO. Their findings in 1986 were the first discovery that a gas can act as a signal molecule.
Furchgott was born in Charleston, South Carolina, in 1916. As a child he attended nature study classes and field trips sponsored by the Charleston Museum. In 1929, with the Furchgott department store failing in the Depression, the family moved to Orangeburg, where Robert attended high school. He was a keen scientist and his parents encouraged him. In 1933 he entered the University of South Carolina but the following year, when the family moved to Goldsboro, North Carolina, he transferred to his preferred choice of Chapel Hill, majoring in chemistry.

After gaining his BSc in 1937 he gained a teaching assistantship Northwestern University Medical School in Chicago, with placements to Cold Spring Harbor Biological Laboratory, NY, leading to a PhD in biochemistry in 1940. From the start, Furchgott was interested in the physical chemistry of blood, an interest he developed at Cornell University Medical College, New York from 1940–49, and at Washington University, St Louis, from 1949–56. In 1956, he joined the new Department of Pharmacology at the State University of New York (SUNY) College of Medicine in Brooklyn as department chairman. It was there that he made his prize-winning discoveries before retiring in 1989. He now migrates between SUNY in the summer and the University of Miami School of Medicine in Florida as an adjunct professor in the winter. Furchgott received the Albert Lasker Award in 1996. He has three daughters by his first wife, Lenore, who died in 1983. He is now married to Margaret Gallager.