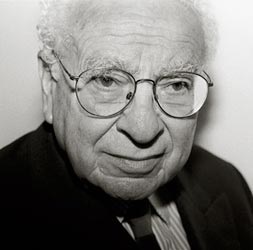 Born in New York in 1929, Murray was something of a child prodigy, with a love of nature and an innate curiosity. He attended the Columbia Grammar School where he graduated at the top of his class, entering Yale at the age of 15. He emerged with a BSc in physics in 1948 and gained a PhD at the Massachusetts Institute of Technology in 1951. That year he became a member of the Princeton Institute for Advanced Study, fascinated by the tiny particles that make up the universe. In 1952 he joined the faculty at the University of Chicago, rising from instructor to associate professor in two years, before moving to the California Institute of Technology, where he taught from 1955 until 1993, when he became Robert A. Millikan Professor Emeritus.

During the 1950s he developed his ‘strangeness theory’, involving the newly discovered strongly interacting nuclear particles called kaons and hyperons. Classifying these particles led to the idea of a new quantum number called strangeness and to the successful prediction of new particles. In 1961, he introduced a way to classify the hadrons (the strongly interacting nuclear particles). The scheme, dubbed by Gell-Mann the ‘eightfold way’ because of the occurrences of octets of hadrons in the classification, was based on an approximate symmetry. It predicted new particles and these were found at accelerators. Later the scheme was explained by the quark model, introduced by Gell-Mann in 1964 (and, independently, by George Zweig). Roughly speaking, each neutron or proton is made up of three quarks. The spelling of the name quark derives from a line in James Joyce’s Finnegans Wake.

Gell-Mann was later involved in the discovery of the field theory of quarks and gluons, which he named quantum chromodynamics; it seems to be the correct dynamical theory of the hadrons and their strong interaction. He was also among the first to point out the character of the weak interaction in physics, one of the four well understood fundamental interactions of nature. Its most familiar effect is beta decay of atomic nuclei.

In 1984 he co-founded the Santa Fe Institute – a non-profit research institute to study the theory of complex systems. He has also served as a member of the President’s Science Advisory Committee and later of the President’s Council of Advisors on Science and Technology, as chairman of the Western Center of the American Academy of Arts and Sciences, as a Citizen Regent of the Smithsonian Institution, as a Director of the J. D. and C. T.

MacArthur Foundation, and as a Director of the Encyclopedia Britannica. His many awards include doctorates from universities around the world, the American Physical Society’s Dannie Heineman Prize in 1959, the National Academy of Sciences’ John J. Carty Medal in 1968, the United Nations Environment Program’s Roll of Honor for Environmental Achievement (The Global 500) in 1988 and the World Federation of Scientists’ Erice “Science for Peace” Prize in 1990. In a citation from Southern Methodist University in 2000, he was described as “one of the world’s most creative scientists. His seminal work … has reshaped the boundaries of science and humankind’s perception of the universe.” He is also a collector of antiquities and a keen linguist.

Murray Gell-Mann married J. Margaret Dow in 1955. She died in 1981. They have a daughter, Lisa, and a son, Nicholas. In 1992 he married Marcia Southwick with whom he has a stepson.