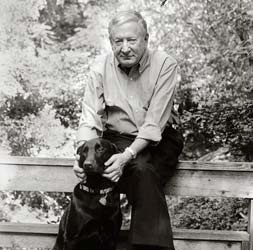 Alfred Goodman Gilman shared the 1994 prize in physiology or medicine with fellow American Martin Rodbell for their discoveries regarding G-proteins – a vital intermediary between the activation of receptors on the cell mem- brane and actions within the cell. Cells communicate by means of hormones and other signal substances, released by glands, nerves and other tissues. Rodbell (1925–98) had shown in the 1960s that the purine nucleotide guanosine triphosphate (GTP) was involved in signalling through the cell membrane. Gilman then discovered the proteins that interacted with the GTP to start the signalling process within the cell, calling them G-proteins because of their relationship with GTP. G-proteins can be disrupted, such as by the cholera toxin, leading to disease. They are also thought to have an effect on endocrine disorders and tumours, and the symptoms of common problems such as diabetes or alcoholism.

Gilman was born in New Haven, Connecticut, the son of Yale professor and pharmacologist Alfred Gilman. His middle name came from Louis S. Goodman, his father’s co-author on the textbook The Pharmacological Basis of Therapeutics, which, like Alfred, was born in 1941. He grew up in the New York suburb White Plains, and developed an early interest in science, nurtured by trips to his father’s laboratory. In 1955 he was sent to The Taft School in Watertown, Connecticut, which he resented, but appreciated for its sound scientific education. He progressed to Yale University, studying biochemistry, where he met his future wife.

He gained his BSc in 1962, and took a combined MD/PhD program at Case Western Reserve University in Cleveland, Ohio under Nobel laureate Earl Sutherland. He graduated in 1969, and performed post-doctoral studies at the National Institutes of Health with another Nobel laureate Marshall Nirenberg. In 1971, Gilman became a professor at the University of Virginia in Charlottesville. It was there that he decided to determine the chemical nature of Rodbell’s transducer, GTP. He and his colleagues used leukaemia cells to find the protein link. Normal leukemia cells responded with a normal biological response to an appropriate messenger. In mutated cells that lacked the G-protein, however, no response was evoked. Having identified the protein in the late 1970s, Gilman and his team purified it in 1980. In 1981 he joined the University of Texas Southwestern Medical Center in Dallas as director of the pharmacology department. In 2005, he was elected as Dean.

Gilman won the Albert Lasker Award in 1989, is a member of the National Academy of Sciences and serves on the board of Scientists and Engineers for America, promoting sound science in government. He is married to Kathryn Hedlund, a fellow student from Yale. They have three children.