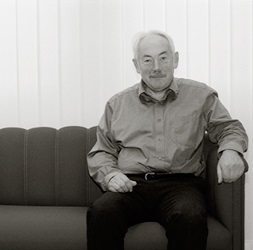 Physics is one of the most esoteric of subjects, yet its benefits may be remarkably mundane. The 2007 Nobel Prize in Physics, for example, was awarded for work so practical that you may well be enjoying its benefits even as you read this.

The prize was awarded for the development of technology used to read data on hard disks, allowing them to be miniaturised for use in laptops and some music players, for instance. A hard disk stores information in microscopically small areas magnetized in different directions. The information is retrieved by a read out head that registers the magnetic changes. The more compact the hard disk, the weaker the individual magnetic areas, making them difficult to read.

In 1988 Grünberg discovered a new physical effect – Giant Magnetoresistance (GMR), simultaneously and independently discovered by Frenchman Albert Fert. The effect is based on the quantum-mechanical combination of electron spins in sandwiched nano layers of the read-out head – the electrical resistance of thin magnetic layers can be greatly changed through external magnetic fields, effectively amplifying the signal to make it easier to read. Through a deal with IBM the first read-out head based on the GMR effect was launched in 1997 and this is still the basis of modern read-out techniques of today.

Grünberg was born in 1939 as Peter Andreas Grinberg in Pilsen, Bohemia, now the Czech Republic, which at the time was under German occupation. His engineer father changed the family name in 1941. After the war the Germanspeaking majority of Pilsen was expelled and the Grünbergs settled in Lauterbach. In 1959 Peter entered Johann Wolfgang Goethe University in Frankfurt, where he gained an intermediate diploma in physics in 1962. In 1963 he progressed to Darmstadt University of Technology, gaining his diploma in 1966, and PhD in 1969. From 1969–72 he performed postdoctoral work at Carleton University in Ottowa, Canada, before returning to Germany to join the Institute for Solid State Physics at the Jülich Research Centre. He remained there until his retirement in 2004, apart from periods at the Argonne National Laboratory, Illinois, USA and at the University of Sendai and Tsukuba Research Centre, Japan. He also became an adjunct professor at the University of Cologne in 1992. Grünberg has won several other awards for his work, many of them shared with Fert, including the Wolf and Japan prizes. He has a son and two daughters with Helma Prausa, whom he married in 1966.

Peter Grünberg with his "Sketch of Science"

This photo was taken in a small, terraced house in north-western Germany. I'm setting up in Grünberg’s little atrium and I have to move all the potted flowers Frau Grünberg is cultivating there. Grünberg likes the idea of doing a drawing. “That's something different!" Next, I see the physicist at work. He takes a letter-size paper, does a draft of his drawing, and then carefully scales it up to the final size. “See the three layers? This is the most important thing when it comes to the giant magneto-resistance effect!" Grünberg tells me how he met his French partner at a conference and learned that both made identical discoveries simultaneously. Now, they share the prize! For most of the photo session, Grünberg was reciting poetry and singing folk songs with lyrics that he had adapted to physics. I ask him if he had grasped the importance of his discovery (which is now in every computer) when he made it. “Yes,” he says, “it was clear that this was something for a data storage device!”

Lighting the Path to GMR

When Volker Steger surprised them with the statement; “Draw the discovery for which you were awarded the Nobel Prize,” the great majority of Nobel Laureates who took part followed his instructions. They tried, in many and various ways, to capture the essence of the precise discovery mentioned by the awarding committee in the citation that accompanies the Prize. But here, interestingly, Peter Grünberg has depicted not the 1988 discovery for which he received the Prize, but a related finding from a couple of years earlier, a stepping stone on his path of exploration. Did he think it more exciting, or remember it with greater fondness perhaps?

The finding for which Grünberg and his co-Laureate Albert Fert actually received the Nobel Prize was the first observation of so-called ‘Giant Magnetoresistance’, or GMR for short. Working with materials composed of extremely thin layers of various metals, they independently witnessed surprisingly large changes in electrical resistance in response to changes to the applied magnetic field. Meeting for the first time at a conference in France, they realized they had hit upon the same phenomenon.

In Fert’s case, these materials were multilayered structures, whereas Grünberg was experimenting with the double-layered arrangements he has depicted on the left of his drawing. Here, a non-magnetic metal, such as gold or chromium (shown in blue), is sandwiched between two layers of a magnetic one, such as iron (shown in red). The changes in resistance they observed were far greater than thought possible, and GMR was quickly adopted by the technology industry, transforming memory retrieval systems and also giving rise to an entire new field of electronics research; spintronics.

In the lead-up to that discovery, Grünberg was exploring the properties of layered materials by observing the scattering of light following the interaction of photons with the magnetic waves emitted by his metal sandwiches. The technique used was the one he has illustrated in the centre of his sketch; Brillouin Light Scattering (BLS). As he varied the thickness of the non-magnetic, ‘interlayer’, he found changes in the frequency of the observed light, denoted by ν, measured in GHz, on the vertical axis of the graph at the bottom of the sketch. The big dip in the lower trace of that graph provided the first evidence of coupling of electron spins between the two magnetic layers, so-called interlayer exchange coupling, an essential prerequisite for the work which was to follow.