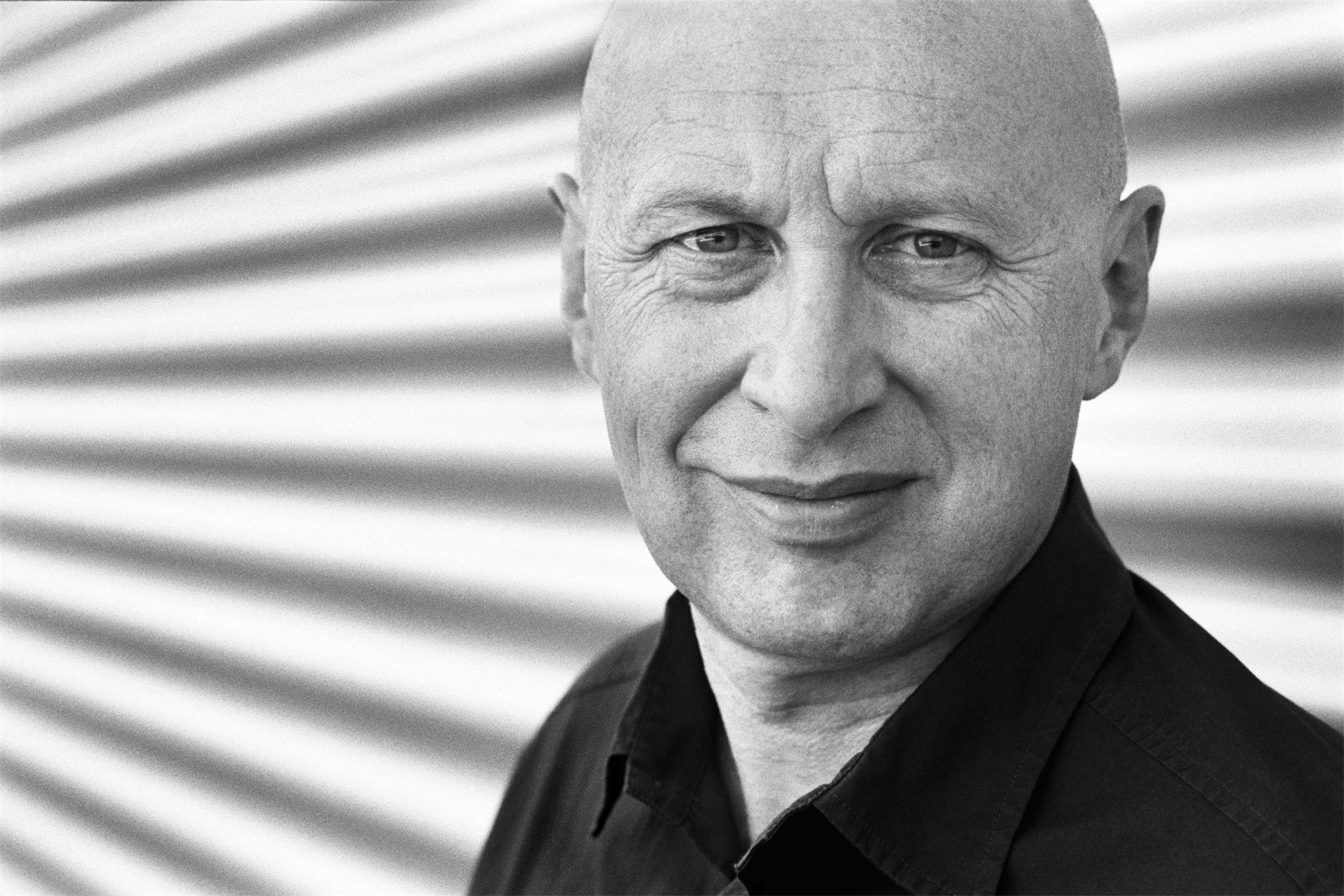 Optical microscopes have been around for more than 400 years, steadily improving, but for the past century it was thought they had reached the limit of their ability. The 2014 Nobel Prize in Chemistry was awarded to three men who showed that such limits could be overcome, if not actually broken.

Stefan Walter Hell was born in Arad, Romania, in December 1962, originating from nearby Santana, a larger rural community founded by German immigrants in the 18th century. He spent one year of secondary education at Nikolaus Lenau High School in Timisoara before persuading his parents to move to West Germany in 1978. The family settled in Ludwigshafen in the south-west. He enroled at Heidelberg University in 1981 and left with his PhD in physics (studying confocal microscopy) in 1990.

There followed a brief period as an independent inventor, during which Hell developed his ideas for improving depth resolution in confocal laser microscopy. He then joined the European Molecular Biology Laboratory in Heidelberg (from 1991-3) where he further developed his ideas into what is now known as 4Pi microscopy, which allows up to seven times sharper in depth resolution than previous models.

Hell took his plans to the University of Turku in Finland where, apart from a six month placement as visiting scientist at Oxford University, UK, he worked from 1993-96 as a senior scientist. A few weeks after his arrival, Hell realized the principle of stimulated emission depletion (STED) microscopy which he then worked out and published with Jan Wichmann. This was to become the first microscope to radically cross Abbe’s threshold and by and large his Nobel-winning design. Yet his idea was met with disbelief, not only in Germany, but worldwide.

It was there, in 1999, that he and Thomas Klar first demonstrated a working model of a STED microscope. The key idea behind this microscope was to make some of the molecules that are illuminated by a beam of light non-fluorescent. Typically, a focused beam of laser light designed to excite fluorescence molecules to the fluorescent state is overlaid with a ring-shaped beam designed to keep them non-fluorescent (by instantly stimulating their back-transition to the ground state). Fluorescence photons are released only from molecules residing at the very centre of the ring-shaped beam. Since this region can be made much smaller than a diffracted beam, scanning these ‘on-and off-turning’ beams jointly across the specimen causes features residing within subdiffraction proximity to emit consecutively. In this way, features just 20 nm across can be imaged, and high-speed recordings made of active biological processes. In principle, the region in which the molecules are allowed fluoresce can be tuned further down to the size covered by a single molecule, providing molecular scale resolution.

The STED microscope has proved particularly useful for investigating diseases and cells, and since 2003 Hell has been the leader of the department Optical Nanoscopy at the German Cancer Research Centre in Heidelberg. He is also an adjunct professor of physics at the universities of Heidelberg and Göttingen.

For his work, Hell has received many major awards since 2000, culminating in the Nobel Prize, which he shares with the Americans Eric Betzig and William Moerner. 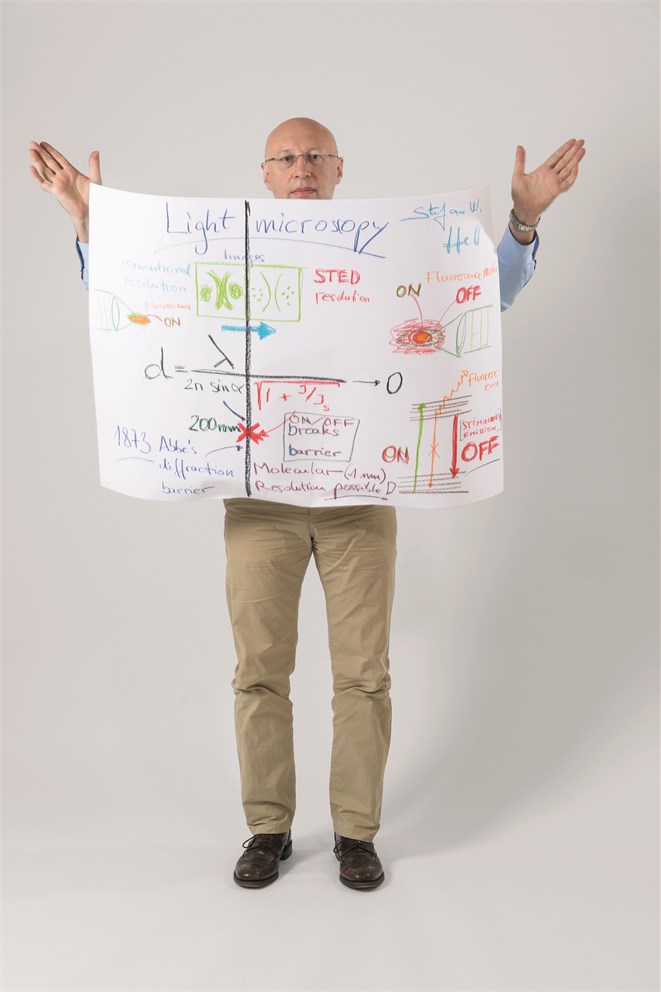 The diffraction barrier is a black line dividing Stefan Hell’s sketch: His Nobel discovery broke through it, revealing a new world of detail in light microscopy.

To do this on paper took a lot of wax crayons - I had to sharpen 5 after Stefan Hell’s visit to the studio.This man sketches with a forceful stroke…