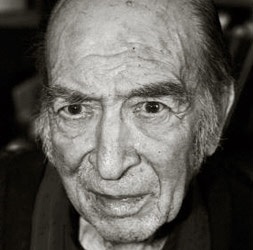 Under ideal conditions, markets should ensure an efficient allocation of resources. In practice, however, this is rarely the case. Competition is not completely free, agents protect their own interests or act behind closed doors, consumers are ill-informed and capitalist ambition may have adverse social costs. With so many actors in any market playing their cards close to their chest for selfish ends progress can be difficult.

To help make sense of these situations Leonid Hurwicz created mechanism design theory, which was further developed by fellow laureates Eric Maskin and Roger Myerson. The theory allows for individuals’ incentives and private information and has helped economists identify efficient trading mechanisms, regulation schemes and even voting procedures. As a result, mechanism design theory plays a central role in both economics and political science.

Hurwicz’s family had an unfortunate habit of being in the wrong place at the wrong time. They were Polish Jews who were displaced during World War I and Leonid was born in Moscow in August 1917 – just weeks before the October Revolution. The family soon returned to Poland and ‘Leo’ grew up in Warsaw, where he studied law and gained an LLM in 1938. The following year, Germany invaded. Fleeing Nazi persecution, Leonid’s parents and brother were instead arrested by the Bolsheviks and sent to Soviet labour camps.

Leonid, however, had found his vocation and had moved to Britain to study at the London School of Economics followed, despite looming war, by a stint at the Graduate Institute in Geneva, before moving via Portugal to the US in 1940, where he was eventually joined by his family. He continued his studies at Harvard and the University of Chicago but has no degree in economics, acquiring his knowledge, he says, “by listening and learning”. During the war he taught electronics to the Signal Corps at Illinois Tech. From 1942–44, he worked at the Institute of Meteorology (still a hobby) and taught statistics in the Department of Economics.

Alongside his teaching duties at various institutions, Hurwicz has worked for the Cowles Commission, the RAND Corporation and the US Bureau of the Budget, but says he is most proud of his work in welfare economics. In 1951 he joined the University of Minnesota, which became his base while also working across the US and as far afield as India, Japan, China and Indonesia. In 1968 he served as a Minnesota delegate to the Democratic Party Convention. Hurwicz retired from full time teaching in 1988 but continued as professor emeritus as recently as 2006. He has received numerous honours. In 1944 he married his assistant, Evelyn Jensen, and they have four children.