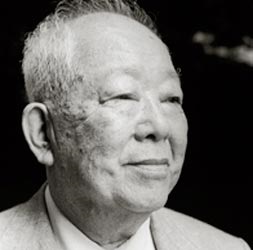 He was awarded the Nobel Prize in 2002 together with Raymond Davis and Riccardo Giacconi for their work in astrophysics, especially for the detection of cosmic neutrinos. The Kamiokande detector was used for the detection of neutrinos, solar neutrinos, and a supernova explosion. These experiments marked the entry into neutrino astronomy.

Masatoshi Koshiba passed away on November 12, 2020.