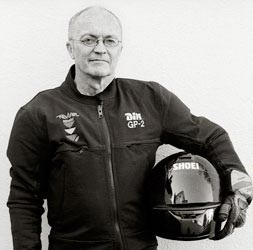 Finn Kydland shared the 2004 economics award with Edward Prescott of the USA, largely for their joint contributions to the area of macroeconomics – the field that studies aggregate economic phenomena, such as inflation, fluctuations in production and employment, and long-term growth. Their analysis of economic policy and the driving forces behind business cycles has not only transformed economic research, but has also greatly influenced the practice of economic policy in general, and monetary policy in particular. Until the 1970s, economists were still dealing with the hangover of the US depression era and the resulting Keynesian approach to economic stabilisation. Macroeconomic fluctuations were regarded as due primarily to variations in demand.

In two joint papers, in 1977 and 1982, Kydland and Prescott offered new approaches to the analysis of macroeconomic developments. In their 1977 article, Kydland and Prescott showed that economic policymakers often conduct a policy that gives rise to high inflation, despite their stated objective of low infl ation. This was an example of the ‘time consistency problem’. Their other award-winning contribution is their analysis of the driving forces behind business cycles. This work has shifted the perspective on the causes of fluctuations in business cycles and was a forerunner to the so-called new-Keynesian business- cycle analysis.

Finn Erling Kydland was born in Bjerkreim, in 1943 and grew up as the eldest of six children close to his grandfathers family farm in Søyland, Gjesdal, southwest Norway. His father owned a small trucking business. After a rural early education, he entered an “exceptional” high school in Bryne at the age of 15. After graduating, and two years as a teacher, during which time he gained additional grades from correspondence courses, he entered the Norwegian School of Economics (NHH). There he earned a BSc in 1968, after which he became a research assistant to his professor, Sten Thore, and followed him to Carnegie Mellon University in 1969. There Kydland took a PhD course, with a dissertation on Decentralized Macroeconomic Planning under his future Nobel-partner Edward Prescott.

After his PhD, in 1973, he returned to NHH as an assistant professor, where Prescott joined him in 1974–1975 as visiting professor. Kydland spent 1976–77 as visiting professor at the University of Minnesota and was subsequently offered an associate-professor position at Carnegie-Mellon. He remained there, rising to professor of economics, until 2004, when he joined the faculty at the University of California, Santa Barbara. He is also an adjunct professor at NHH, Norway, and a research consultant at the Federal Reserve Banks of Dallas and Cleveland. He married Liv Kjellevold in 1968, and they had four children but their ways parted. He is married to Tonya Schooler and has two step-children.

This text and the picture of the Nobel Laureate were taken from the book:
"NOBELS. Nobel Laureates photographed by Peter Badge" (WILEY-VCH, 2008).