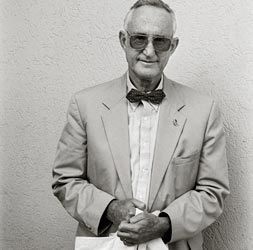 Born in Rye, N.Y., on January 20, 1931. After finishing high school he studied physics. In 1952, he obtained a B.A. at Harvard University and, after completing military service (1952-1954), his M.Sc. at the University of Connecticut in 1955. After completing his post-graduate studies he earned his Ph.D. in physics at Yale University in 1959.

He then accepted a teaching position with the Physics Department of Cornell University in Ithaca, N.Y. In 1960, he was appointed assistant professor, in 1963, associate professor, in 1968, full professor. Research scholarships and guest professorships took him to the Brookhaven National Laboratory in Upton, N.Y. (1966-1967), the University of Florida in Gainesville (1974-1975), and the University of California in San Diego (1988). In 1996 Lee, together with two other American physicists, his fellow research scientists Robert C. Richardson (also a professor at Cornell University) and Douglas D. Osheroff (professor at Stanford University), were awarded the Nobel Prize for Physics for the discovery of superfluidity in helium-3.

This discovery is mainly of theoretical significance. It confirms a number of predictions in quantum theory and plays an important role in the theory of strings, which some physicists hope to be able to use to unify present divergent physical models.