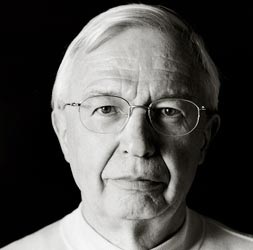 Lehn shared the 1987 chemistry prize with Donald Cram and Charles Pedersen for developing molecules that can ‘recognise’ each other and form highly specific complexes. Many biological events rely on such processes as in the binding of substrates to their receptors and antibodies to antigens. Chemists have dreamed of developing synthetic analogues.

A baker’s son, Lehn was born in Rosheim, Alsace, in 1939. The eldest of four sons, he had a classical education at the Collège Freppel in Obernai but he also became interested in science. At the University of Strasbourg he studied chemistry, gaining a BSc and then a PhD under the supervision of Guy Ourisson, before going on in 1963 to perform post-doctoral work in the laboratory of R.B. Woodward at Harvard, where he participated in the total synthesis of Vitamin B12 and took a course in quantum mechanics. Returning to Strasbourg, he became assistant professor and pursued research in physical organic and theoretical chemistry. It was known that electrical impulses in the nervous system depend on ion distributions across membranes and that natural antibiotics make membranes permeable to ions. Lehn’s search for non-natural chemical entities capable of effecting such processes, eventually developed into supramolecular chemistry. In 1970 Lehn was made full professor and in 1979 he was elected to the chair of Chemistry of Molecular Interactions at the Collège de France in Paris.

Extending from molecular recognition, Lehn’s work led to the concepts of molecular programming and developed into the design of molecular self-organization processes, also of interest for nanotechnology. In 1990, he initiated the area of supramolecular polymer chemistry. More recently, his work extended towards adaptive chemistry, the chemistry of chemical entities, molecular as well as supramolecular, whose constitution may change and adapt by component exchange in response to physical or chemical agents. Other research included artificial photosynthesis and the storage of solar energy. Throughout his career Lehn served as visiting professor, for instance at Harvard, Cambridge, Barcelona, Frankfurt Universities and the ETH in Zürich. He was founding chairman of “Chemistry, a European Journal”. In 2002 he created the Institut de Science et d’Ingénierie Supramoléculaires (ISIS). He has also served as president of the International Organization for Chemical Sciences in Development, helping chemists in developing countries. He married Sylvie Lederer in 1965 and they have two sons 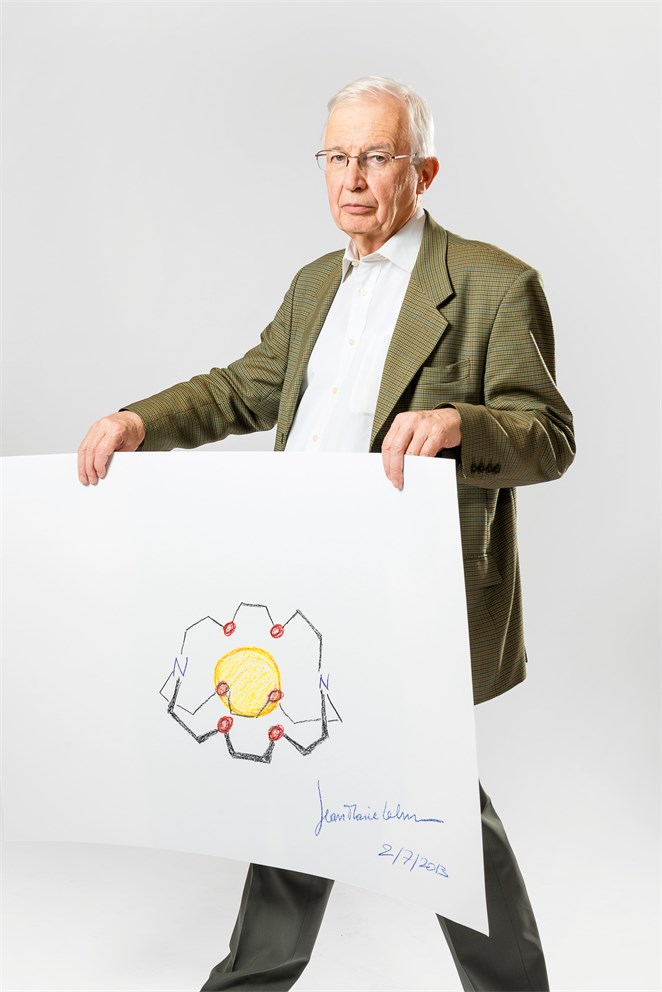 Jean-Marie Lehn with his "Sketch of Science"

Look as much as you want, you will only see half of this sketch! It shows a cryptand, a supramolecule. There is another one on the backside of the paper, and it's not - as one might guess - an unsuccessfull attempt. This is a double-sided work of art, planned by Jean-Marie Lehn to be this way! I tried to show you both sides, but it didn't work...