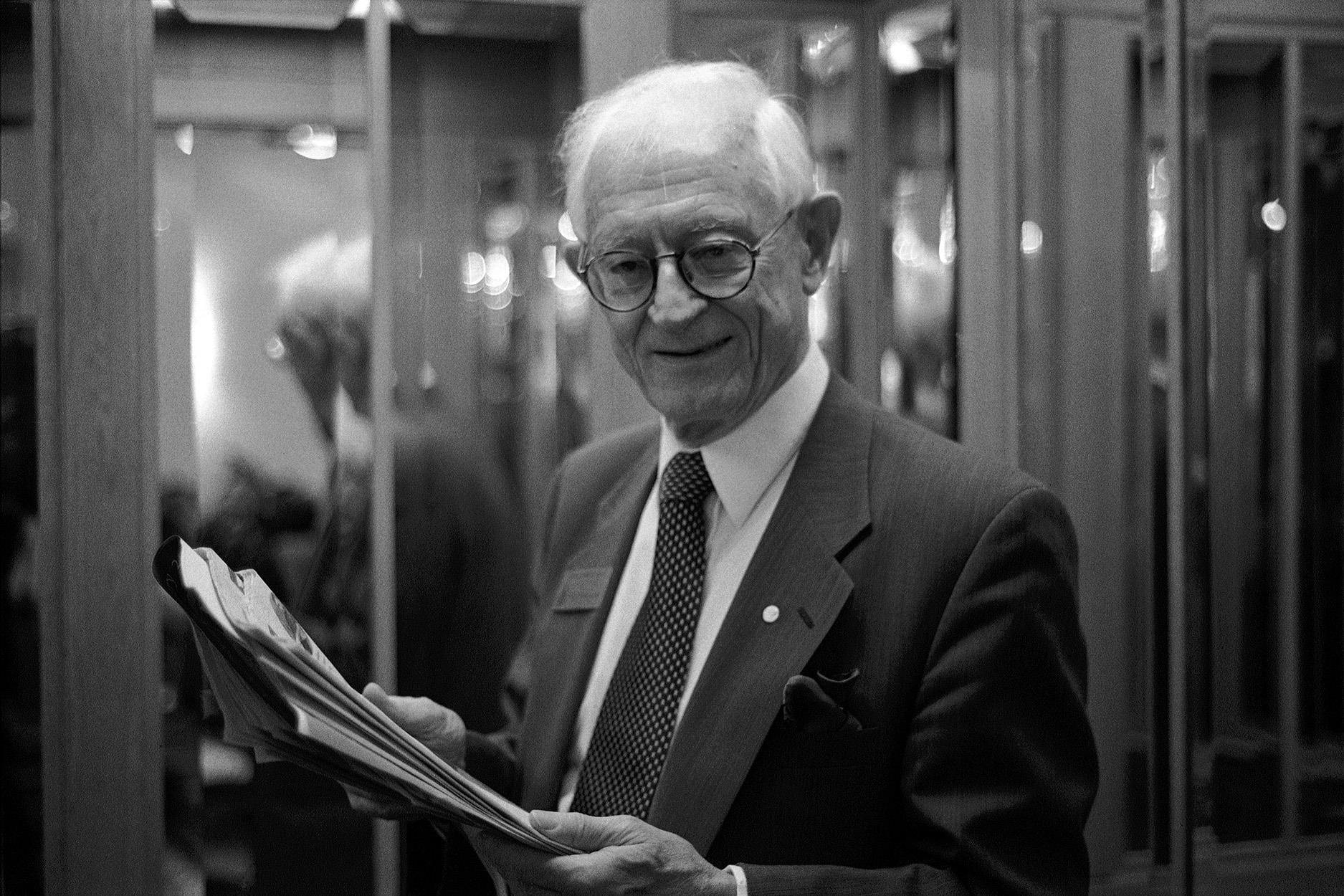 Alan MacDiarmid was the chemist responsible in 1977 for the initial synthesis and chemical and electrochemical doping of polyacetylene, (CH)x, the prototype conducting polymer, and the “rediscovery” of polyaniline, now probably the foremost industrial conducting polymer. In 1973, he began research on (SN)x, an unusual polymeric material with metallic conductivity. His interest in organic conducting polymers began in 1975 when he was introduced to a new form of polyacetylene by Dr. Hideki Shirakawa at the Tokyo Institute of Technology. The ensuing collaboration between MacDiarmid, Shirakawa and Alan Heeger (then at the Department of Physics at the University of Pennsylvania) led to the historic discovery of metallic conductivity in an organic polymer thus introducing and establishing the field of conducting polymers (electronic polymers).

In 2000 these three collaborators received the Nobel Prize in Chemistry for this pioneering research. This initial discovery and ensuing studies permitted MacDiarmid, in collaboration with Shirakawa, to attempt the first chemical doping of (CH) and to collaborate on detailed physics studies with Heeger. That an organic polymer could be readily doped to the metallic regime introduced a phenomenon, completely new and unexpected to both the chemistry and physics communities. His current scientific interests are centered around the technologically important conducting polymers, polyaniline, and poly(ethylenedioxy thiophene) and their use in conducting polymer nanofibers (diameter <100 nm) and inexpensive, disposable plastic and paper electronic circuits. He has recently extended his activities to include carbon nanotubes as possible analogs of conducting polymers.

MacDiarmid's most recent research has created electronic organic fibers with a diameter of ~ 4 nanometers. A nanomaterial is a material consisting of a substance or structure which has at least one dimension less than 100 nm (the diameter of a human hair is approximately 50,000 nm). His objective is to combine the fields of electronic organic polymers and electronic nanofibers to develop a new field of "nanoelectronics".

He is also actively involved in the establishment of a new institute (The Jilin MacDiarmid Institute) of organic nanomaterials at Jilin University, Changchun, China, opened in November 2001 and a new Institute (MacDiarmid Institute of Materials Science and Nanotechnology) at Victoria University of Wellington, New Zealand. MacDiarmid has recently accepted the James Von Ehr Distinguished Chair in Science & Technology, and also the position of Professor of Chemistry and Physics at the University of Texas at Dallas while maintaining his Blanchard Chair in Chemistry, at a reduced level of input, at the University of Pennsylvania.

He has also very recently been appointed as Professor of Chemistry at Jilin University, Changchun, P.R. China. MacDiarmid was born in New Zealand 77 years ago and after obtaining his higher education at the University of New Zealand, University of Wisconsin and Cambridge University he joined the faculty of the University of Pennsylvania in 1955. He is author/coauthor of over 600 research papers and approximately 25 patents. He is also the recipient of numerous awards and honorary degrees both nationally and internationally.