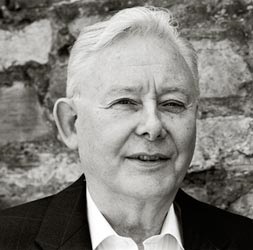 The youngest of three boys, Peter was born in London in 1933. After leaving school he worked at a printer’s and at the Rocket Propulsion Department before his National Service, after which he studied to enter the University of London in 1956. There he built a portable NMR spectrometer, gained a BSc in 1958 and a PhD in 1962. That year he married Jean Kibble (they have two daughters) and the couple headed to America where Mansfield studied NMR of doped metals at the University of Illinois. The couple returned to England in 1964, and Mansfield joined the University of Nottingham. There he and Don Ware built a pulsed NMR spectrometer but clashed with a group at MIT who had a similar design.

In 1972 Mansfield, with Peter Grannell and Alan Garroway, observed atomic structure in solids by imposing an external magnetic field. The following year he heard of Lauterbur’s similar work with liquids. Problems in both systems led to the happy medium of examining biological specimens – solids with a lot of liquid. Mansfield created the system of line scan imaging, creating the ‘sliced’ image associated with MRI, and in 1977 received funding to build a whole body scanner. He has received numerous awards and honours, and was knighted in 1993. He is an emeritus professor of physics at Nottingham, where the Magnetic Resonance Centre, founded in 1991, has been renamed in his honour. He enjoys languages and is licensed to fly planes and helicopters.