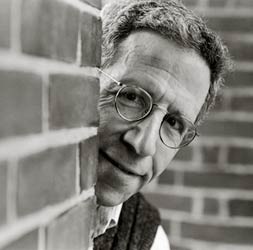 Eric Stark Maskin is an American economist who shared the 2007 economics prize with Leonid Hurwicz and Roger Myerson for laying the foundations of mechanism design theory. The theory, initiated by Hurwicz, allows economists to distinguish situations in which markets work well from those in which they do not. It takes into account information about individual preferences and available production technologies which is usually dispersed among many parties who may use their private information for selfish ends.

Maskin and Myerson each developed the theory further, greatly enhancing our understanding of the properties of optimal allocation mechanisms in such situations, accounting for individuals’ incentives and private information. The theory has helped economists identify efficient trading mechanisms, regulation schemes and voting procedures, and it is of importance not only to economists but in several areas of political science. Maskin, whose own work has influenced many areas of economics, political science, and law, seems genuinely touched by his award, saying: “It is particularly thrilling to share it with two such distinguished colleagues. Leo Hurwicz is the father of mechanism design theory and has inspired much of my work, and Roger Myerson is an old friend and collaborator and a tremendous economist.”

Maskin was born in 1950 in New York. He attended Harvard University where he received his BA in 1972, his MA in 1974 and his PhD in applied mathematics in 1976. He then visited England as a Research Fellow at Jesus College, Cambridge from 1976–77 before returning to the US to teach at MIT from 1977–84. In 1985 he moved to Harvard University, where he was named Louis Berkman Professor of Economics in 1997. In 2000, he moved to the Institute for Advanced Study in Princeton, New Jersey, where he is the Albert O Hirschman Professor of Social Science and a visiting lecturer in economics at Princeton University.

Maskin works in many areas of economics, including game theory, social choice theory, political economy, the economies of intellectual property, and voting theory. He was a designer of the British governments carbon dioxide emissions auction. Maskin suggested that software patents inhibit progress, arguing that innovation in semiconductor, and computer industries has been sequential and complementary, so competition can increase firms’ future profits. Indeed, cross-licensing in the industry is common.

He is a past president of the Econometric Society, a fellow of the American Academy of Arts and Sciences, corresponding fellow of the British Academy and an honorary fellow of St John’s College, Cambridge. He has also served as editor of The Quarterly Journal of Economics and Economics Letters. He is married to Dr. Gayle E. Sawtelle, who is lecturer in history at Princeton University. They live in a house on Mercer Street that used to belong to Albert Einstein.