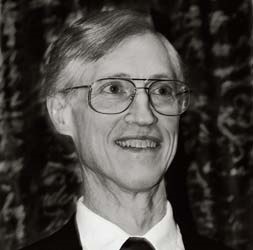 The 2006 Nobel Prize in Physics was awarded for studies of some of the oldest stuff around. It meant looking back into the dawn of the Universe to gain some understanding of the origin of galaxies and stars. The award was shared by John Mather of NASA, based in Greenbelt, Maryland, and George Smoot of the UC Berkeley, “for their discovery of the blackbody form and anisotropy of the cosmic microwave background radiation”. Their work was based on measurements made by the COBE (Cosmic Background Explorer) satellite launched by NASA in 1989. Mather had primary responsibility for the blackbody form experiment, and Smoot was responsible for measuring temperature variations.

According to theory, cosmic microwave background radiation (discovered by Arno Penzias and Robert Wilson in 1965 and recognized by the Nobel prize in 1978) is fossil evidence of the Big Bang. The shape of the spectrum of this kind of radiation has a special form characteristic of blackbody radiation, explained by Max Planck and recognized by the Nobel Prize (1918). When it last interacted with matter the temperature of the Universe was almost 3,000 °C. Since then, the radiation has gradually cooled so that it is now barely 2.7 degrees above absolute zero. Mather was able to measure this temperature thanks to the blackbody spectrum revealed by the COBE measurements. COBE also sought variations of temperature in different directions (‘anisotropy’). Differences of the merest fraction of a degree offer an important clue to how the matter in the Universe began to form stars, planets and ultimately all life. The results support the standard cosmological scenario, a Big Bang followed by a rapid inflation, as this scenario predicts the kind of cosmic microwave background radiation measured. The WMAP (Wilkinson Microwave Anisotropy Probe, launched by NASA in 2001) and the Planck (launched by ESA in 2009) have confirmed and greatly extended the COBE results.

John Cromwell Mather was born in Roanoke, Virginia, in 1946, but grew up in New Jersey. He gained a BA in physics at Swarthmore College near Philadelphia, in 1968, before moving to University of California, Berkeley, to gain his PhD in 1974, followed by two years as a postdoctoral fellow at NASA’s Goddard Institute for Space Studies. There he led the proposal efforts on COBE (1974–76), and joined NASA’s Goddard Space Flight Center in Maryland as a study scientist (1976–88), project scientist (1988–98), and the principal investigator for the Far IR Absolute Spectrophotometer (FIRAS) on COBE, which revealed the blackbody form of the microwave background radiation. He coordinated the entire process of COBE, which involved a team of more than 1,000.

He is currently senior project scientist (since 1995) for the James Webb Space Telescope at NASA, and adjunct professor of physics at the University of Maryland.
He is married to Jane Hauser Mather. 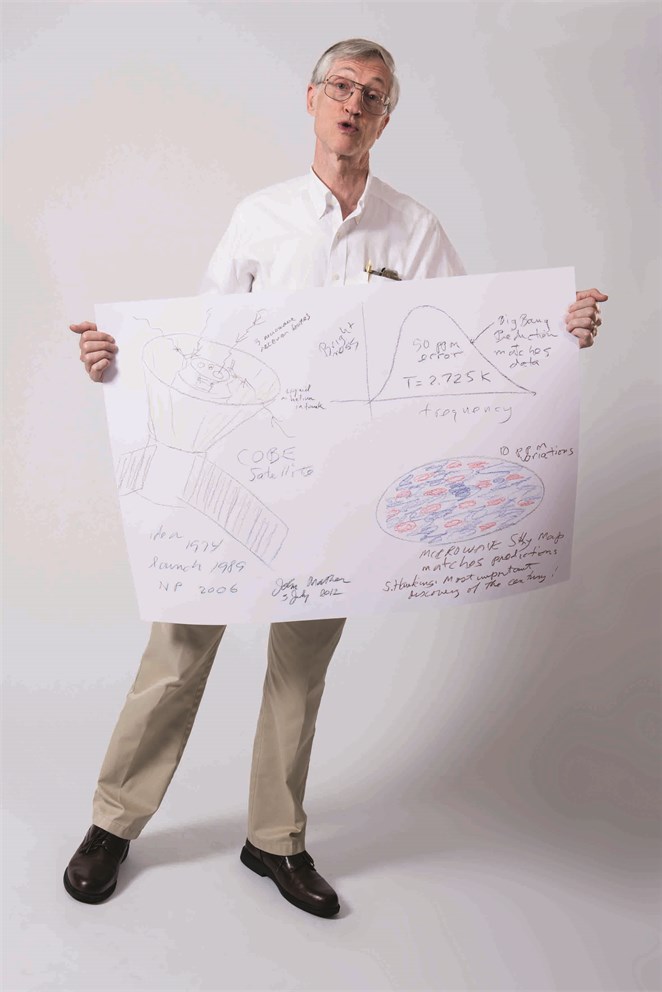 This is a big mind in a tall body. When he enters the studio, I have to
adjust the lights to get all of him properly lit. Then my background is
too low and has to go up as well. He says: “Itʼs all my parentʼs fault!”
Then he draws a detailed sketch with very light strokes. It shows us
how atronomers did indeed measure how it all started.