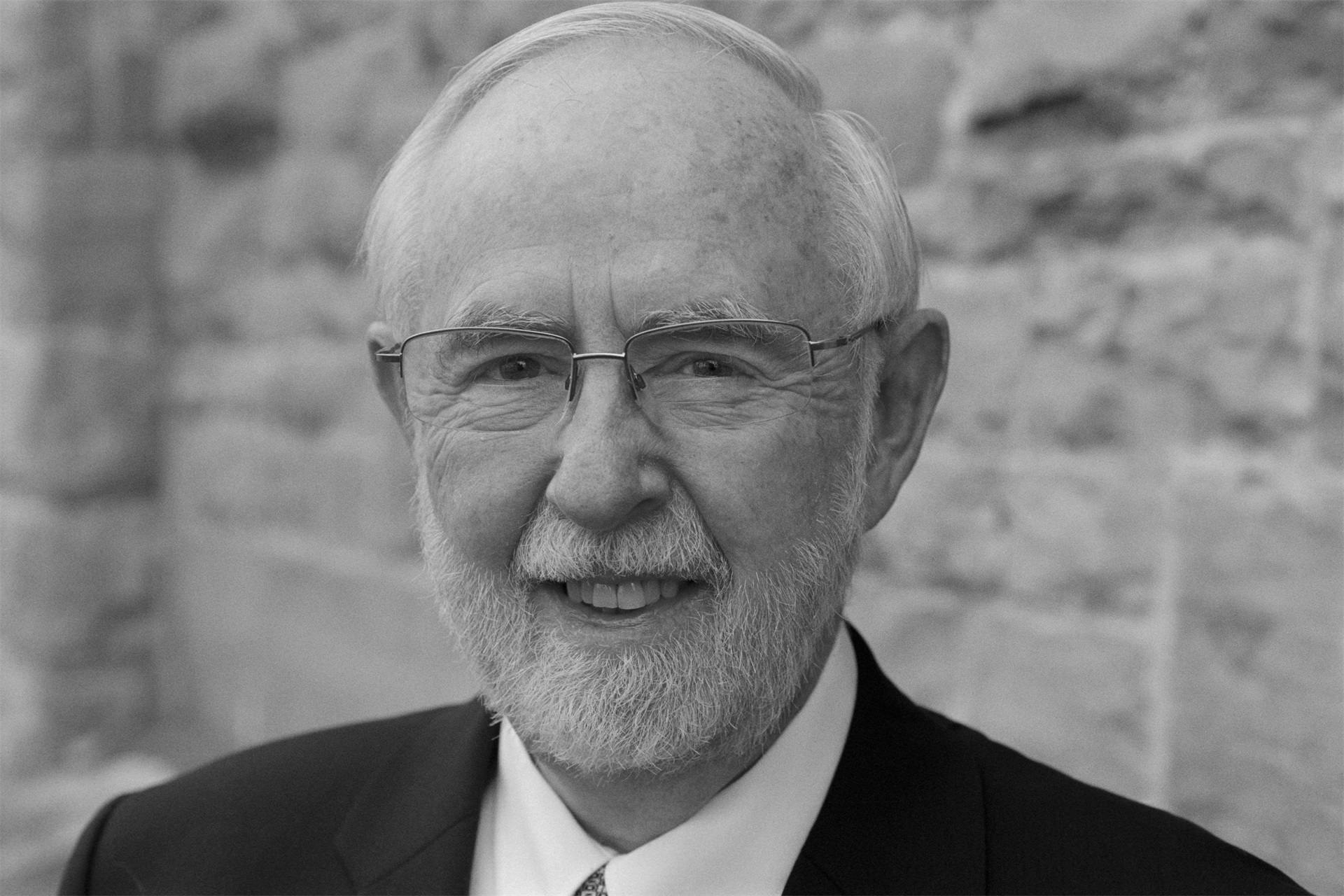 According to the Standard Model of particle physics, neutrinos are massless and do not oscillate between the three types, known as electron, muon and tau neutrinos. Teams led by McDonald and his co-winner Kajita showed effects which were clearly explained by the neutrinos oscillating between the different types. This can only occur if they have a non-zero mass.

This observation, at a quantum level of particle physics, solved a problem that has puzzled physicists for decades – that up to two-thirds of neutrinos from the sun were ‘missing’ in experimental measurements compared to theoretical calculations. The observation that they were changing their type and being missed in the previous measurements requires that the Standard Model of particle physics must be revised as we expand our understanding of matter and our view of the universe. It also confirms the calculations of how the sun burns with great accuracy.

McDonald was director of the Sudbury Neutrino Observatory (SNO) in Ontario, Canada. The project ran from 1999-2006 and involved a large tank of 1,000 tonnes of heavy water situated in an ultra-clean laboratory in an active nickel mine 2,100m below ground. The solar neutrinos produced bursts of light in the heavy water tank that was insulated by a jacket of normal water, and was monitored by 9,400 photomultiplier tubes, which can detect individual photons. Radioactivity was stringently controlled by careful choice of detector materials and by maintaining ultra-clean conditions while constructing the detector. By the use of heavy water, it was possible to observe two interactions of neutrinos, one sensitive only to the electron neutrinos produced in the sun, and another equally sensitive to all three neutrino types. By comparing these two interaction rates, it was possible to show conclusively that about two-thirds of the electron neutrinos transformed into muon or tau neutrinos.

Arthur Bruce McDonald was born in August 1943 in Sydney, Nova Scotia, Canada. He studied physics at Dalhousie University in Halifax, Nova Scotia, gaining his BSc in 1964 and MSc a year later before moving to California Institute of Technology, where he gained his PhD in 1969. He worked as a research officer at Chalk River Nuclear Laboratories in Ontario from 1970-82, after which he joined the faculty at Princeton as professor of physics. In 1989 he returned to Canada as a professor at Queen’s University in Kingston, where he became the Gray Chair in Particle Astrophysics until his retirement in 2013. 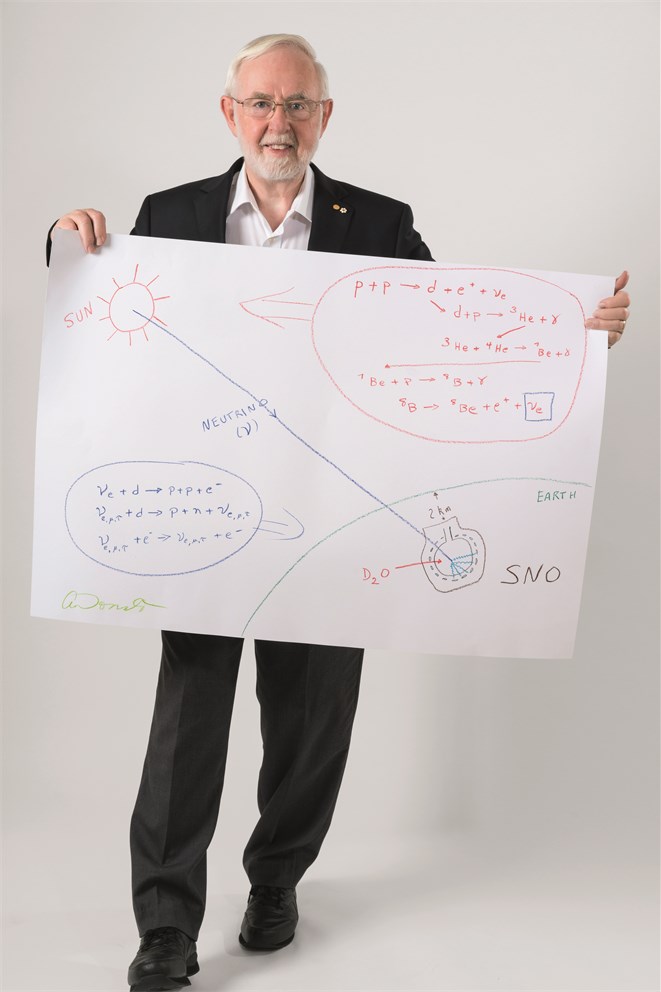 Arthur B. McDonald's Sketch of Science

Canadians are nice! You think that’s a stereotype?! Meet Arthur McDonald! He has helped to push science to rivise the Standard Model, but other theories appear to hold…

McDonald took the time to look at all the pictures I had taken of him on the little monitor of my camera and he picked one: This one!