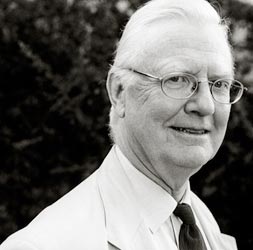 Economics often seems to be simple common sense but, as James Mirrlees warns: "It is simple to be wrong as well as to be right, and it is none too easy to distinguish between them". The notion of asymmetric information in economics is very simple. It deals with situations in which one 'player' knows more about a situation than another. Clearly, an informational advantage can be exploited, so research has introduced contracts and incentive/penalty schemes, aiding insurance and credit markets, auctions, the internal organisation of firms, wage and tax systems, political institutions, etc.

Over the years, different principles of justice have governed the structure of taxation. In 1897, Francis Edgeworth concluded that all differences in income should be neutralised, which requires strongly progressive tax rates. In the 1940s, Vickrey reconsidered the formula to account for incentive problems, but did not succeed in mastering its mathematical complications. It was not until 25 years later that James Mirrlees solved the problem, and in doing so established a paradigm for analysing a range of economic issues involving asymmetric information. Mirrlees identified a critical condition (known as single crossing) that drastically simplifies the problem. His analysis also contained the 'revelation principle', that the solution to incomplete information is to induce all individuals to reveal their information, without conflicting with their self-interest.

James Alexander Mirlees was born in Minnigaff, south west Scotland, in 1936 and grew up in nearby Newton Stewart before the family moved to Port William in 1950. He attended Douglas Ewart high school and became very advanced in mathematics, taking his exams early. In 1954 he entered Edinburgh University, skipping the first year and reading philosophy as well as maths. After graduating — and winning the Napier medal — in 1957, he progressed to Trinity College, Cambridge, adding economics to his portfolio in the hope of helping underdeveloped countries. To that end, Amartya Sen arranged for Mirrlees to join a project in India, run by MIT. He gained his PhD on his return in 1963, and took up a teaching fellowship at Trinity.

Through teaching he thought increasingly about general welfare economics as a theory of economic policy, and began to explore optimal taxation with Peter Diamond, becoming an adviser to Britain's Labour Party in the 1960s and '70s. In 1968, Mirrlees defected to Oxford as professor of economics, where he developed work he started at MIT on nonlinear incentive relationships and income tax. He remained there until returning to Trinity as professor of political economy in 1995. He was knighted in 1998. He married during his student years at Cambridge. His wife Gill died in 1993. They have two daughters.