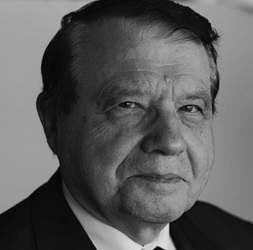 One of the defining features of the late 20th century was the discovery of the AIDS (acquired immunodeficiency syndrome) virus, now known as HIV. Luc Antoine Montagnier led the team that identified the human immunodeficiency virus (HIV) and shared half the 2008 Nobel Prize with his colleague Françoise Barré-Sinoussi.

Montagnier, an established expert in virology, was approached in 1982 by Paris clinician Willy Rozenbaum to examine a new illness (AIDS). Rozenbaum and his colleague, virologist Françoise Brun-Vézinet, suspected the disease might be caused by a retrovirus – a viral RNA strand that corrupts existing DNA to its pattern – and within weeks Montagnier’s team found evidence of an active retrovirus in tissue from a patient’s lymph node.

The initial suspect was Human T-lymphotropic virus (HTLV), discovered by Robert Gallo’s team in the US. Further tests, however, suggested it was a lentivirus, dubbed lymphadenopathy-associated virus (LAV) by Montagnier, which had equivalents in animals but only seemed to cause immunodeficiency in humans. Sceptical debate turned acrimonious when Gallo’s team, one year later, added further proof of the link between LAV and AIDS but, thinking they had found a different virus and naming it HTLV-III, effectively laid claim to Montagnier’s work.

The row reached presidential level before agreement was reached and both names were dropped in 1986 in favour of HIV - VIH in French. (HIV stands for Human Immunodeficiency Virus). Even so, Montagnier expressed surprise that Gallo had been omitted from the Nobel prize for his team’s work before and since the discovery. This was not Montagnier’s only brush with the law. In 2009 a court found in his favour regarding a patent for detecting electromagetic signals in bacterial DNA. Luc Montagnier was born in Chabris, France, in 1932. He developed an early interest in science in his father’s hobby laboratory, and in medicine after the death of his grandfather in 1947 from colon cancer. He studied at the University of Poitiers before receiving his licence ès sciences at the University of Paris in 1955. He taught physiology at the Sorbonne where he gained his MD in 1960 before joining the Medical Research Council in England. There Montagnier first identified an infectious double-stranded RNA which could replicate like DNA by forming a base-paired double helix.

To improve his knowledge of cancers, in 1963 Montagnier moved to Glasgow where he and Ian MacPherson developed the use of agar jelly to grow selectively cancer cells. Returning to France in 1965 as laboratory chief at the Institut du Radium, Montagnier used his discoveries to investigate oncoviruses. In 1972, he founded the viral oncology unit of the Institut Pasteur. He also co-founded the World Foundation for AIDS Research and Prevention which co-directs several Research Centers in Africa. He has received numerous awards, including the Légion d’honneur.

Montagnier married Dorothea Ackerman in 1961. They have three children.