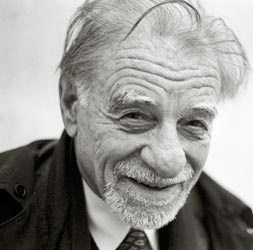 Born in Basle on April 20, 1927, studied at the Eidgenössische Technische Hochschule (ETH) in Zurich and obtained his Dr. sc. nat. degree in 1958 with a thesis devoted to a special problem of solid state physics. Appointed head of a newly formed magnetic resonance research team at the Battelle Memorial Institute, Geneva, in 1959. It was there that he collected the material for his paper on "nuclear magnetic resonances in neutron-irradiated graphite monocrystals", with which he habilitated in solid state physics at the University of Zurich in 1962.

A few months later he joined the IBM Research Laboratory at Rüschlikon/Zurich as a member of the scientific staff, and was promoted head of the physics department in 1973. Two years before, he had been awarded the title of professor by the University of Zurich. Since 1982, Müller has held the privileged position of an IBM Fellow, which grants him complete freedom in all his research decisions, much in the same way as is enjoyed by senior scientific staff in the German Max Planck Institutes. His studies on the physics of structural phase transformations in solids had earned him world-wide recognition by the 1970ies. During a prolonged stay at IBM's Yorktown Heights facility a specific assignment induced him to combine microwave absorption and superconductivity. As a result he turned to fine-grained ceramic mixed oxide systems; in this field, he and his co-worker Johannes G. Bednorz succeeded in breaking the "sound barrier of transition temperatures" of -250¡C and discovered the first "high-temperature" superconductor. In 1987, he and Bednorz were awarded the Nobel Prize for Physics "for their important breakthrough in the discovery of superconductivity in ceramic materials".

Karl Müller with his "Sketch of Science"

Alex Müller resolutely walks into the studio with his cane and asks me what to do. When I ask him to draw he looks suprised, but gets to work right away. He draws gently with a light touch, but when he faces the camera, the force of his character becomes apparent.