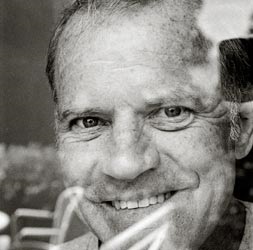 He received a Bachelor of Science degree in chemistry from the Georgia Institute of Technology in 1966. He earned a Ph.D. degree in biochemistry from the University of California, Berkeley, in 1972 and lectured in biochemistry there until 1973. That year, Dr. Mullis became a postdoctoral fellow in pediatric cardiology at the University of Kansas Medical School, with emphasis in the areas of angiotensin and pulmonary vascular physiology. In 1977 he began two years of postdoctoral work in pharmaceutical chemistry at the University of California, San Francisco. Dr. Mullis joined the Cetus Corporation in Emeryville, California, as a DNA chemist in 1979. During his seven years there, he conducted research on oligonucleotide synthesis and invented the polymerase chain reaction.

In 1986, he was named director of molecular biology at Xytronyx, Inc. in San Diego, where his work was concentrated in DNA technology and photochemistry. In 1987 began consulting on nucleic acid chemistry for more than a dozen corporations, including Angenics, Cytometrics, Eastman Kodak, Abbott Labs, Milligen/Biosearch, and Specialty Laboratories. Dr. Mullis received a Nobel Prize in chemistry in 1993, for his invention of the polymerase chain reaction (PCR). The process, which Dr. Mullis conceptualized in 1983, is hailed as one of the monumental scientific techniques of the twentieth century. A method of amplifying DNA, PCR multiplies a single, microscopic strand of the genetic material billions of times within hours. The process has multiple applications in medicine, genetics, biotechnology, and forensics. PCR, which was the theoretical basis for the novel and motion picture Jurassic Park because of its ability to extract DNA from fossils, is in reality the basis of a new scientific discipline, paleobiology. Dr. Mullis has authored several major patents. His patented inventions include the PCR technology and UV-sensitive plastic that changes color in response to light. His most recent patent application covers a revolutionary approach to instantly mobilize the immune system to neutralize invading pathogens and toxins, leading to the formation of his latest venture, Altermune LLC.

Dr. Mullis was awarded the Japan Prize in 1993 for the PCR invention. It is one of international science’s most prestigious awards. His many other awards include the Thomas A. Edison Award (1993); California Scientist of the Year Award (1992); the National Biotechnology Award (1991); the Gairdner Award, Toronto, Canada (1991); the R&D Scientist of the Year (1991); the William Allan Memorial Award of the American Society of Human Genetics (1990); and the Preis Biochemische Analytik of the German Society of Clinical Chemistry and Boehringer Mannheim (1990). Dr. Mullis was presented the honorary degree of Doctor of Science from the University of South Carolina in 1994. He was inducted into the Inventors Hall of Fame in 1998. His many publications include “The Cosmological Significance of Time Reversal” (Nature), “The Unusual Origin of the Polymerase Chain Reaction” (Scientific American), “Primer-directed Enzymatic Amplification of DNA with a Thermostable DNA Polymerase” (Science), and “Specific Synthesis of DNA In Vitro via a Polymerase Catalyzed Chain Reaction” (Methods in Enzymology). Dr. Mullis has written an autobiographical book titled Dancing Naked in the Mind Field published by Pantheon Books in 1998.

He is currently a Distinguished Researcher at Children’s Hospital and Research Institute at Oakland. Dr. Mullis serves on the board of scientific advisors of several companies, provides expert advice in legal matters involving DNA, and is a frequen...