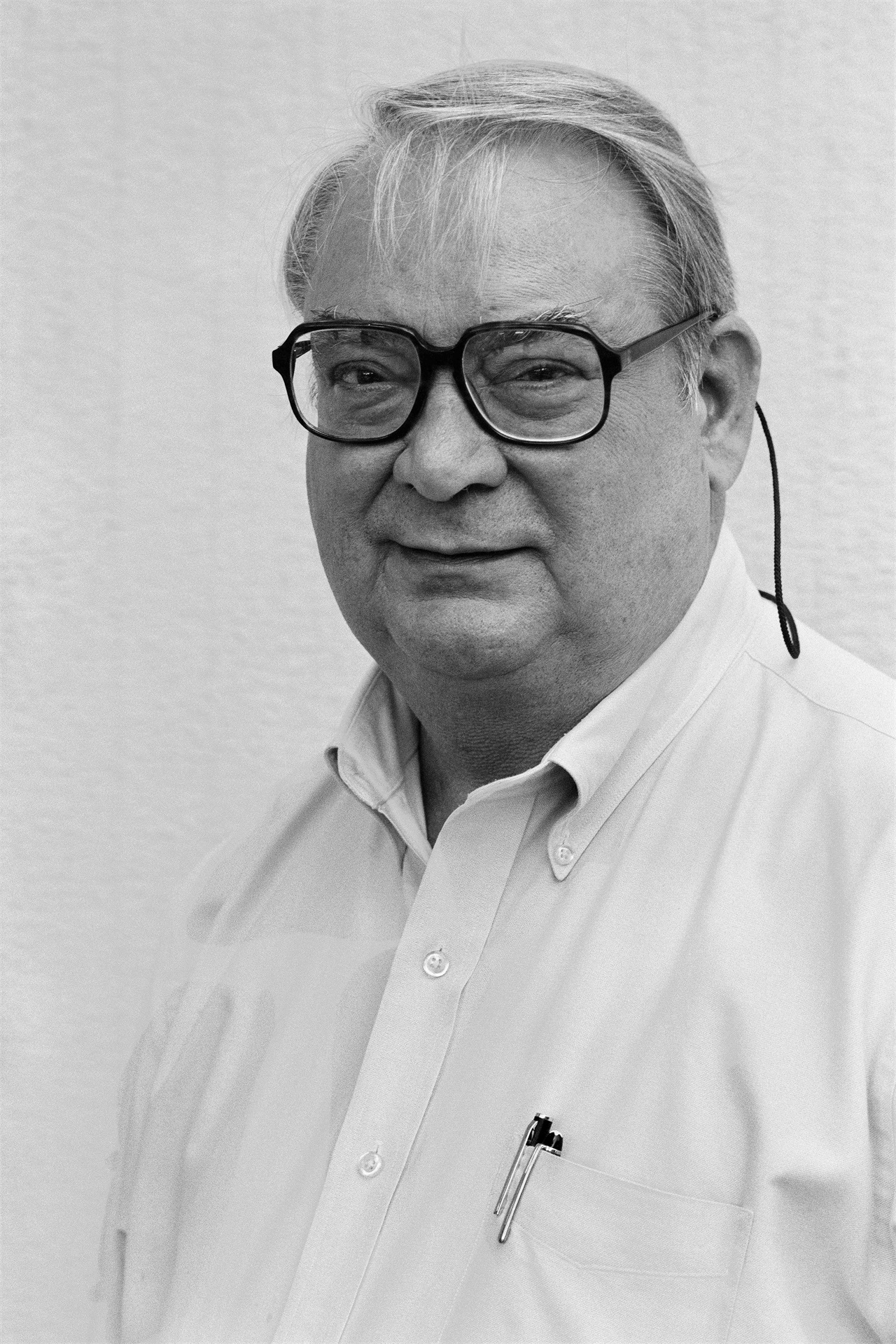 Ferid Murad shared the 1998 Nobel Prize in physiology or medicine for the discovery that nitric oxide (NO) acts as a signalling molecule in the cardiovascular system, prompting blood vessels to relax and widen. The discovery that the gas was produced naturally represented a whole new mechanism for biological signalling. Today NO (nitric oxide not to be confused with N2O – nitrous oxide or ‘laughing gas’) is used to regulate blood pressure and fight infection. It helps prevent the formation of thrombi, activates nerve cells and helps kill bacteria and parasites. It is used to treat heart and lung conditions (Alfred Nobel was once prescribed nitroglycerin to treat chest pain – he declined), shock, cancer (by inducing cell death to combat tumours) and impotence (Viagra was a spin-off of this research). Murad was the person, who first discovered in 1977 that nitroglycerin worked by releasing nitric oxide.

He was born in Whiting, Indiana in 1936, the son of an Albanian-Macedonian immigrant. His father and mother, an American, ran a restaurant where he and his two younger brothers also worked. Ferid went to DePauw University in Greencastle, Indiana from 1954–58 where he was premded and chemistry major. He received his MD degree and PhD in pharmacology from Case Western Reserve University, 1958-1965. He did his medicine internship and residency (1965–67) at Massachusetts General Hospital, followed by three years as a clinical associate in the Heart Institute of NIH. In 1970 he joined the University of Virginia as an Associate professor and subsequently Professor to develop a new Clinical Pharmacology Division in the Departments of Medicine and Pharmacology.

As one of the first scientists in the field he previously worked on cyclic adenosine monophosphate (AMP) for twelve years and then in 1970 moved on to cyclic guanosine monophosphate (GMP). In 1977, he showed that nitroglycerin and several related heart drugs were pro-drugs converted to nitric oxide in the body and that the gas acts to increase the diameter of blood vessels in the body to lower blood pressure and increase blood flow. It was particularly surprising since NO is a gas and totally different from any other known signal molecules and highly unstable. Since his discovery in 1977 there have been about 150,000 research publications with nitric oxide in various areas of biology.

In 1981 Murad moved to Stanford University as Chief of Medicine of the Palo Alto Veterans Hospital. He left in 1988 to join Abbott Laboratories as Vice President of R and D. In 1993 he left Abbott to create a new neuroscience company. In 1997 Murad returned to academia as chairman of the newly combined department, Integrative Biology, Pharmacology and Physiology at the University of Texas at Houston. From 2011 - 2016 Murad served as University Professor at George Washington University. Presently, Murad holds a position at Palo Alto Veterans Medical Center which is an affiliated hospital with Stanford University.

He married fellow student Carol Ann Leopold in 1958 and they have four daughters and a son. 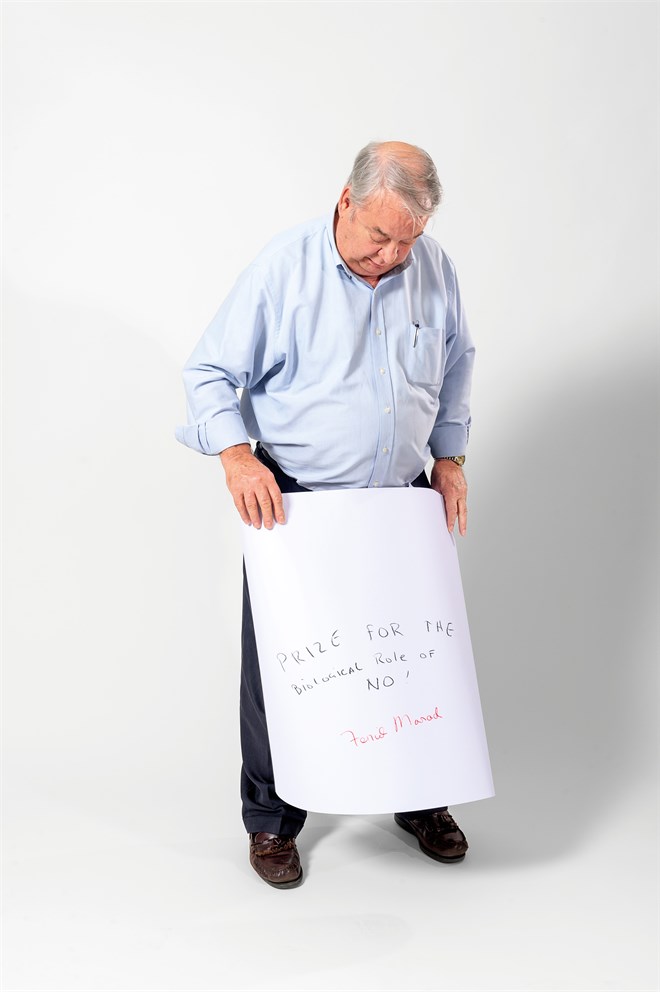 Ferid Murad with his "Sketch of Science"