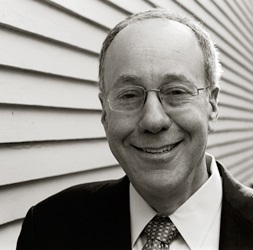 Roger Bruce Myerson shares the 2007 economics prize with Leonid Hurwicz and Eric Maskin for their contributions to mechanism design theory, a system initially created by Hurwicz. The theory seeks to understand how social plans for allocating resources may be constrained by the need to provide incentives for people to share information that the plans require. By the ‘revelation principle’ which Myerson coined, an effective mechanism can always encourage individuals to interact honestly with a trustworthy mediator. Myerson’s ‘revenue-equivalence theorem’ shows an essential connection between the allocation to be implemented and the monetary transfers that are needed to induce agents to reveal their information. These results helped economists to identify efficient trading mechanisms, regulation schemes, and voting procedures. Today mechanism design theory plays an important role in many areas of economics and parts of political science.

Myerson was born in Boston, Mass., in March 1951. Something of a maths prodigy, he attended Harvard University, where he received his BA and MSc in 1973 and PhD in 1976, all in applied mathematics. His PhD thesis A Theory of Cooperative Games set the tone for his career, and he is an acknowledged expert in the field of game theory, introducing a refinement of Nash’s equilibrium concept, called ‘proper equilibrium’. In 1976 he joined the faculty at Northwestern University’s Kellogg School of Management and rose to the rank of professor in 1982. Myerson remained at Northwestern until 2001, when he made a permanent move to the University of Chicago – renowned as a seat of economics – where he had already worked as a visiting professor.

After six years as professor in Chicago, Myerson was named Glen A. Lloyd Distinguished Service Professor. Although not outspoken, Myerson urged caution over the Bush administration’s headlong rush to war in Iraq. In February 2003, in a newspaper article entitled The Dangers of Going it Alone, he gave the prophetic warning that: “Bold plans for unilateral military actions might produce short-term successes, but we must recognize their long-term dangers. In claiming that America has unlimited power to attack enemies anywhere in the world, we are spreading seeds of fear that may yield a bitter harvest,” adding: “Great-power rivalries can start again, with their uncontrollable arms races feeding on mutual distrust.”

He has since written two further articles stressing the need to persevere in bringing true democracy to the region, saying: “No one can be let off the hook for bringing democracy to Iraq”. He has received several honours and in 2007 was made vice president of the Econometric Society. He is married to Regina ‘Gina’ Weber Myerson, and they have two children.