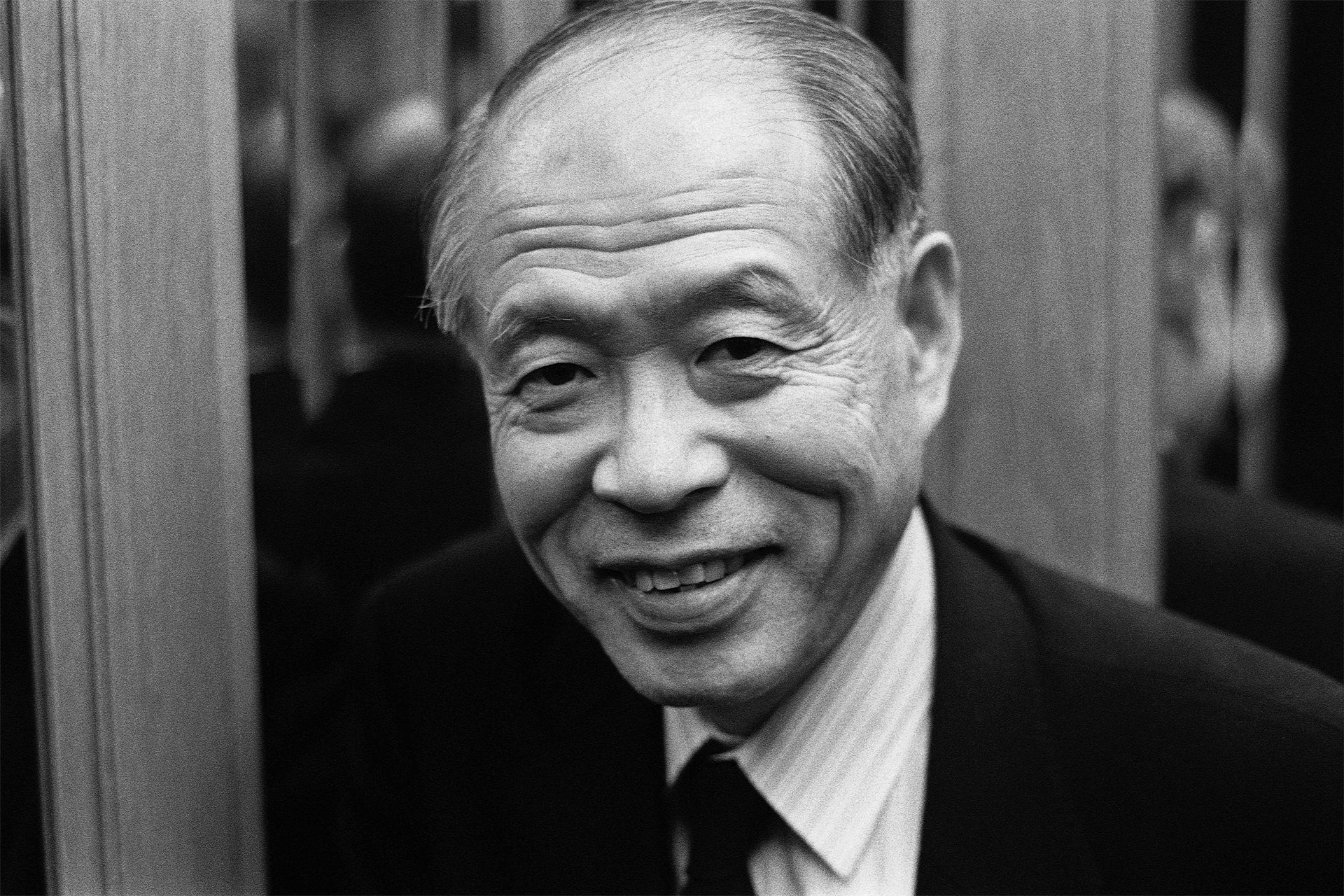 Ryoji Noyori shared the 2001 chemistry prize with Americans William S. Knowles and K. Barry Sharpless. Noyori and Knowles received the prize for developing chiral hydrogenation catalysts, Sharpless, for developing chiral catalysts for oxidation reactions. Chiral molecules occur in two mirror-image forms, but while one of these forms is a perfect match for the body, its ‘evil twin’ is often harmful, as was the case with thalidomide – a sedative intended to help pregnant women with morning sickness which caused severe deformation of the babies. Clearly, therefore, it is vital to be able to produce the two forms separately.

In 1968, Knowles discovered that it was possible to use transition metals to make a soluble hydrogenation catalyst to obtain the desired form. Noyori led the further development of the process, creating more general asymmetric hydrogenation catalysts in the 1980–90s. His catalysts produced larger proportions of the desired ‘twin’, and were suitable for industrial applications.

Noyori was born in Kobe in 1938, and attended an elementary school affiliated with Kobe University, and Nada Middle and High School. The eldest of four children, he was taken by his chemical researcher father to a conference in 1951 on the new miracle fibre, ‘nylon’. The then 12-year old Noyori vowed to become a chemist to invent beneficial products for society. In 1957 he entered Kyoto University, initially intending to study polymer chemistry, but after three years he decided to focus on organic chemistry, gaining his BSc in 1961 and MSc in 1963, whereupon he was appointed instructor and, in 1967, received his doctorate (DEng).

Noyori intended to go abroad for further study, but in 1968 Nagoya University invited him to chair a new organic chemistry laboratory. He decided to focus on organic synthesis using organometallic chemistry. In 1969 he went to Harvard to study under Elias J. Corey. There he first met K. Barry Sharpless working under Konrad Bloch. By this time Knowles had already reported the first homogeneous asymmetric hydrogenation using chiral phosphine-Rh (rhodium) as catalyst, albeit with a low selectivity of the target twin. Noyori returned to Nagoya in 1970 and was promoted to professor in 1972. He and his team persevered in improving Knowles’ results, finally publishing their work in 1980, using a Rh (rhodium) catalyst having a novel BINAP (binaphthyl-based diphosphine) ligand. In 1986, Noyori discovered an efficient BINAP-Ru (ruthenium) catalyst, which behaves differently from conventional Rh catalysts. Since then, Noyori has intensively continued his chiral research at Nagoya, often in conjunction with other laboratory teams, innovating asymmetric synthesis. When not involved in research, Noyori has accepted many administrative roles such as president of the Chemical Society of Japan in 2002 as well as many academic publishing jobs. From 2003-2015 Noyori served as president of RIKEN, a national flagship research institution. In June 2015, he assumed the position of Director-General of the Center for Research and Development Strategy (CRDS). Moreover, he holds the position of university professor of Nagoya University where his research is still based.
He married pharmaceutical student Hiroko Oshima in 1972. They have two sons and three granddaughters.