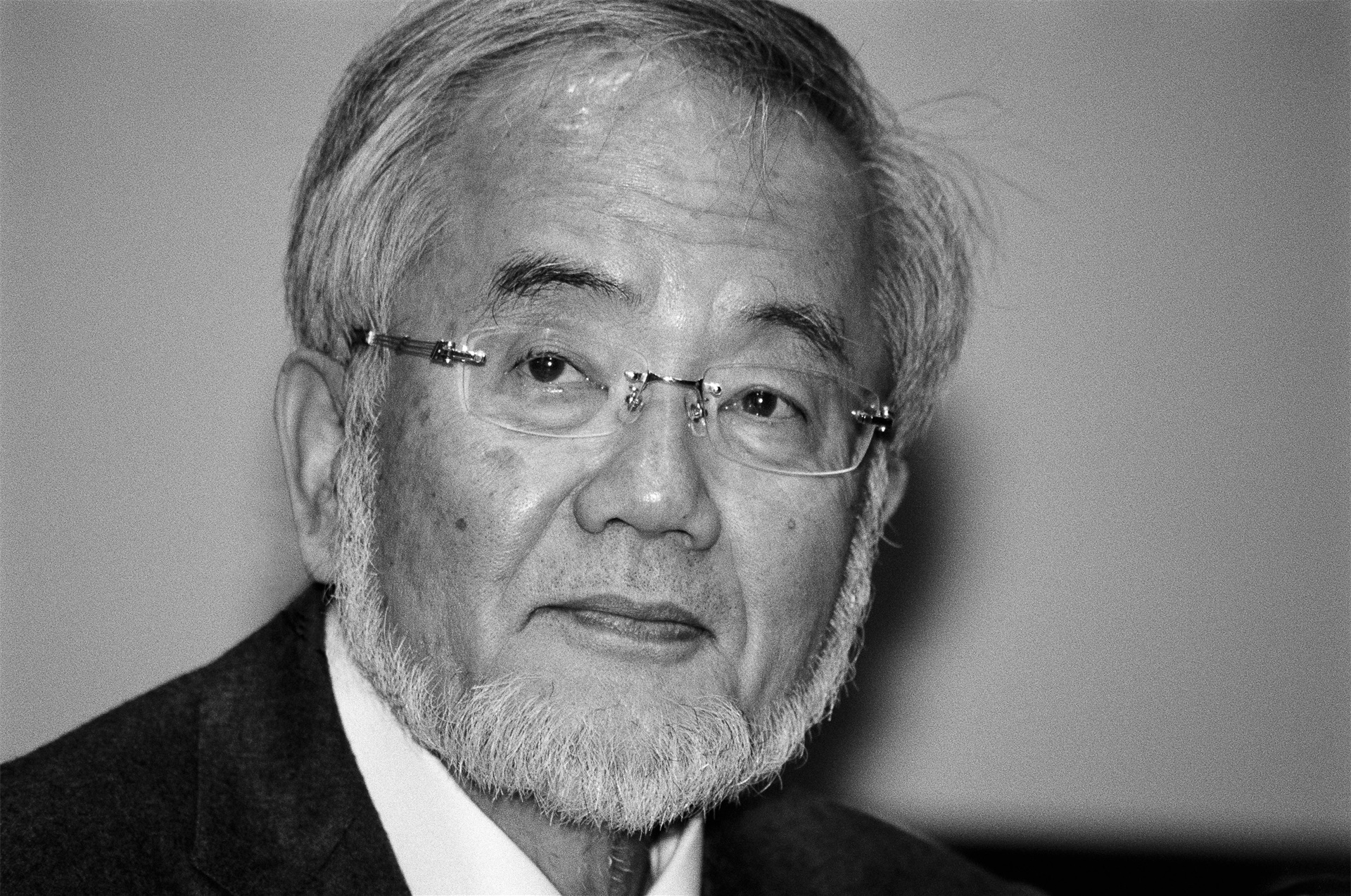 The notion of your body eating itself may sound nightmarish but it is in fact not only a neat way of recycling redundant matter but also a form of self-medication against cancer and other diseases. Every day we have to replace about 200 to 300 g of protein, but we only ingest about 70 g in our diet. To make up the shortfall, every cell in our bodies devours old or damaged proteins for re-use.

The process, known as autophagy, was first hinted at in the 1950s with the discovery of the lysosome, a recycling facility within the cell that was filled with enzymes capable of breaking down proteins and other cellular matter ready for reuse. Little more could be learned at that time because of the difficulty in studying the process in action. For his discovery, Belgian scientist Christian de Duve was awarded the Nobel Prize for Physiology or Medicine in 1974, by which time further observations had been made, while other scientists studied the proteasome, which breaks down proteins on a smaller scale.

However, in the 1990s Japanese biologist Yoshinori Ohsumi began a series of experiments using simple baker’s yeast in which he identified the genes necessary for autophagy and revealed the mechanics of the process in all living things.

Ohsumi was born in February, 1945 in Fukuoka, Japan and studied at the University of Tokyo, gaining his BSc in 1967 and doctorate in 1974. After three years as a postdoctoral fellow at Rockefeller University in New York he returned to the University of Tokyo in 1977 as a research associate and was appointed lecturer in 1986, and promoted to associate professor in 1988. Gaining his own laboratory, Ohsumi concentrated on protein degradation in yeast, which is often used as a substitute for human cells, particularly for identifying genes in cellular pathways. In yeast cells the equivalent of the lysosome is the vacuole, but due to the cells’ small size their inner structures are not easy to discern under the microscope. It was not even clear whether autophagy took place in yeast. Deciding he had to provoke a reaction, Ohsumi used a yeast mutant strain that lacked key vacuolar enzymes. He then starved the cells to stimulate stimulated autophagy. Within hours, the vacuoles filled with small vesicles that had not been degraded, proving that autophagy took place in yeast cells.

Ohsumi published his results in 1992 but continued to experiment, conducting a morphological screen using mutagenized strains, and within a year had identified the core genes essential for autophagy, eventually uncovering the mechanisms behind the process.

It is now known that virtually identical mechanisms operate in our own cells, controlling damaged proteins, destroying viruses and bacteria and providing a source of new proteins for rebuilding cells to combat the effects of starvation and other stresses, including cancer, Parkinson’s disease, type 2 diabetes and other illnesses often associate with the aging process. This knowledge has prompted research into new drugs to fight these diseases by stimulating autophagy.

In 1996 Ohsumi was appointed professor at Japan’s National Institute for Basic Biology in Okazaki City, adding a professorship at the Graduate University for Advanced Studies in Hayama in 2004. He transitioned both positions to emeritus status in 2009, instead taking on a professorship at the Tokyo Institute of Technology, where he is head of the Cell Biology Research Unit. He has received several awards, including the Kyoto Prize for Basic Science in 2012. He met his wife, fellow biologist Mariko, when they were students at the University of Tokyo’s graduate school. They married in 1971 and have two sons.