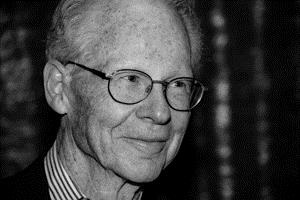 Economic theory generally revolves around the activity of markets, but these can only function if contracts can be negotiated and enforced. Furthermore, much economic activity takes place within organisations, from the largest corporation to the smallest household. The 2009 Nobel Prize for economics was shared between Elinor Ostrom and Oliver E Williamson for their separate analysis of economic governance.

Williamson’s studies examined the boundaries of the firm. Why do some companies grow, creating tiered management to control different but related business fields while others remain independent, despite being interdependent?
His work harks back to that of 1991 laureate, Ronald Coase, who calculated that firms tend to evolve when transaction costs for goods or services are lower inside a firm than in the open market. Williamson established that those costs are not always purely financial. A pyramid management structure can help resolve conflicts more efficiently than open bargaining in the markets where ‘haggling’ can prove time-consuming and expensive.

So why do some companies remain independent? Indeed, recent years have seen a rise in ‘outsourcing’ as firms hive of parts of their business. Williamson explained that there is no point in being able to resolve conflicts that never arise. If it is easy and cheap to arrange transactions there is little need for a firm. And if both parties can easily find other suitable trading partners, the firm is again superfluous.

The example he gave was that of a power company and a mining company. Both need each other but, if the market is easy – if there are several local mines the power company can buy from, or more than one power company the mine can supply – there is no need for an umbrella firm. But if, say for reasons of distance, the companies relied on each other to survive, they would be more likely to make more binding contracts or amalgamate into one firm.

According to Williamson, large private corporations prosper because they are efficient and benefit all parties. Their existence will be called in question only if they fail to deliver. He warned corporations may abuse their power though political lobbying and anticompetitive behaviour, as well as internal abuse of subordinates by executives keen to maximise productivity. However, Williamson asserts, such behaviour should be dealt with directly, rather than through government policies that limit the size of corporations.

Oliver Eaton Williamson was born in Superior, Wisconsin, in September 1932, the second child of two teachers – although his father later moved into real estate and local politics. Oliver attended the local school and admits to being ‘a good student but mediocre athlete’. Always inquisitive, he says he was ‘forever curious about how things worked (or didn't work), which led me to identify lapses or anomalies’.

Initially, Oliver wanted to become a lawyer, but a leaning towards maths and science led him first to Ripon College, Wisconsin, and then to MIT Sloan School of Management in Massachusettes where he gained his bachelor’s degree in 1955. After working at General Electric and for the US government in Washington DC (where he met his wife Dolores Celini, with whom he has five children), in 1958 he gained a scholarship at Stanford’s Business School, where he studied under (Nobel laureate) Kenneth J Arrow before completing his PhD in economics at Carnegie Mellon University in Pittsburgh. It was there, he say, he ‘found my niche’ when he joined a group of fifteen young researchers in the Graduate School of Industrial Administration, seven of whom have since been awarded Nobel prizes.

His dissertation on The Economics of Discretionary Behavior: Managerial Objectives in a Theory of the Firm was completed in 1963 and that year he joined the faculty of the Economics Department at the University of California, Berkeley, moving later to the University of Pennsylvania. From 1966–67 he served as special economic assistant to the head of the Antitrust Division of the Department of Justice, where he wrestled with the conventional wisdom that vertical integration and vertical market restrictions were ‘anticompetitive’. He vowed to return to the subject at Pennsylvania, and published a paper on the subject in 1971.

In 1983 Williamson accepted an appointment to the School of Organization and Management, the Law School, and the Economics Department at Yale, but returned to the University of California, Berkeley in 1988 where he served as Chair of the Academic Senate at Berkeley in 1995–96 before retiring in 2004. He is currently the Edgar F Kaiser Professor Emeritus at Berkeley.