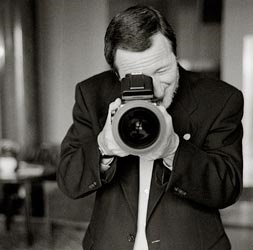 Douglas Dean Osheroff is an American physicist who, as a student under David Lee and Robert Richardson, first noticed signs of superfluidity in the supercooled isotope helium-3. They were awarded the Nobel Prize in Physics in 1996 for “their discovery of superfluidity in helium-3”.

Osheroff was born in Aberdeen, Washington State, in 1945, to a doctor father and a nurse mother. The medical background didn’t take, however – Osheroff admits: “to this day I grow pale at the sight of blood”. Science, however, did interest the young Douglas, as did mechanics – he recalls tearing motorised toys apart to see what made them work. At high school he built an X-ray machine. Loath to continue being compared to his elder brother, who studied at Stanford, Douglas opted for the California Institute of Technology, where he studied under Richard Feynman (Nobel physics winner in 1965) and received a BSc in 1967. In his senior year, Osheroff began helping Don Mc- Cullum and Walter Ogier who were trying to reach a temperature of 0.5 K in a helium bath. “They filled my mind with the wonders of the low temperature world”, he recalls. “and I decided I would go into solid state physics.” To continue his studies, Osheroff left CalTech to attend Cornell – largely, he says, to escape the Pasadena smog. There he met Phyllis Liu, a pretty Taiwanese student, whom he eventually married in August, 1970. Osheroff joined David Lee, the head of the low temperature laboratory at Cornell, as a teaching assistant.

In November 1971, whilst working with Lee and Robert Richardson on the properties of helium-3 at temperatures just a few thousandths of a degree above absolute zero (–273 °C), Osheroff noticed minute jumps in the internal pressure of the sample under investigation. The researchers eventually concluded that the helium-3 had undergone a phase transition to a superfluid state. Such a substance lacks all internal friction and fl ows without resistance. This discovery allowed scientists to study directly the quantum mechanical effects that had previously been studied only indirectly. Based on this success, in 1972 Bell Laboratories in New Jersey offered Osheroff a position which allowed him to continue his studies on helium-3 and earn his PhD in 1973. With his own laboratory at Bell, Osheroff spent the next five years making further advances in superfl uid research. In the late 1970s he studied solid helium-3 and electron localisation, and by late 1979, had discovered antiferromagnet resonance in helium-3.

In 1987, Osheroff accepted a position at Stanford University, where he has remained ever since, serving for some time as physics chair. As a sad irony, Osheroff was selected to serve on the investigation panel into the loss of the Space Shuttle Columbia, serving much the same role as his CalTech tutor Richard Feynman did on the Space Shuttle Challenger panel. 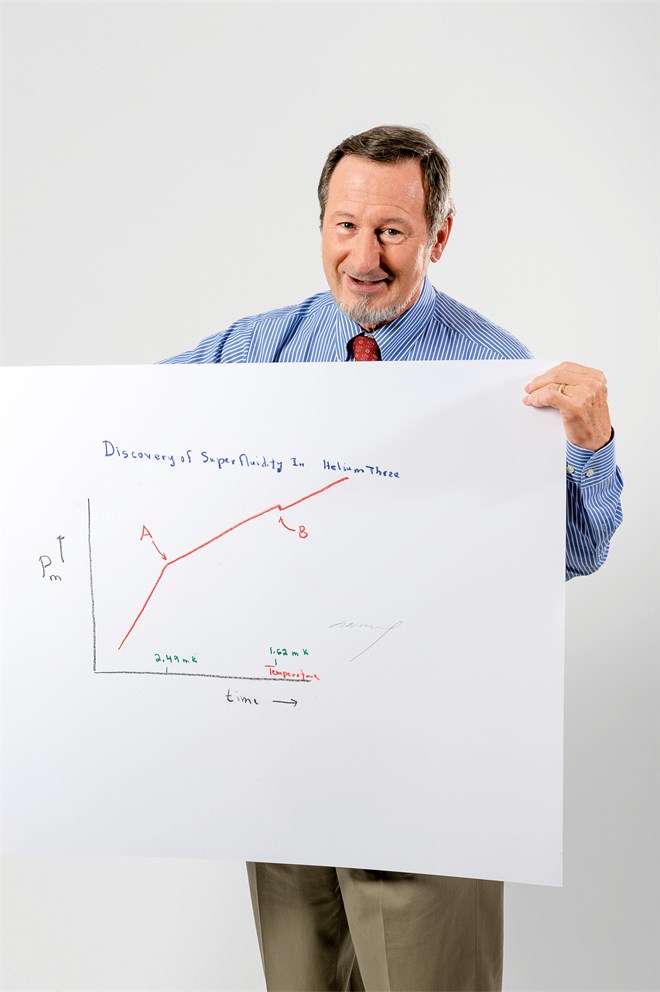 Douglas Osheroff with his "Sketch of Science"

It looks almost like a straight graph, but not quite. There is a tiny offset in the line Douglas Osheroff has drawn, marked „B“.
„That's what it's about!“, Osheroff smiles. I have always had a good eye for such details and in the lab it was of course much less visible than on the drawing. But we could verify it.

So: Look at the details, they might get you to Stockholm...