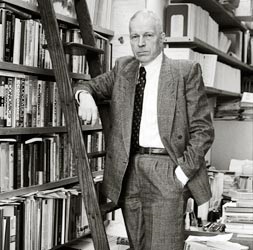 Low unemployment and low inflation are central goals of any stable economic policy. During the 1950s and 1960s the so-called Phillips curve ruled that the price for reduced unemployment was a one-off increase of the inflation rate. Edmund Strother Phelps challenged this simplistic view, taking into account problems of information – the fact that individuals, not knowing all the facts, have to base their own actions on their expectations. He concluded that the long-term ‘natural rate of unemployment’ is determined not by inflation but by the functioning of the labour market itself, and that a stabilisation policy can only dampen short-term fluctuations in unemployment. With his eye again on the long term, in 1961 Phelps came up with his ‘Golden Rule’ of growth – based on the Biblical adage “do unto others as you would have them do unto you”. Thus it is beholden on the current generation to tread a middle path between profligacy and thrift, for the sake of future generations. The aim is that future generations can enjoy the same level of consumption per capita as the initial one.

Phelps was born in Evanston, Illinois, in 1933, but grew up in Hastings-on-Hudson, New York. In 1951, he entered Amherst College, Mass, where he quickly became aware of shortcomings in existing economic theory. He gained his BA in 1955 and went to Yale, where he received his PhD in 1959. Phelps worked briefly as an economist for the RAND Corporation, but returned to academia at the Cowles Foundation in 1960 to concentrate on macroeconomics while also doing some teaching at Yale. It was there that he produced his golden rule savings rate. In 1966, Phelps moved to the University of Pennsylvania, where he focused mainly on the link between employment, wage setting and inflation, and wrote his 1968 paper ‘Money-Wage Dynamics and Labor Market Equilibrium’, delivering his insights into the microeconomics of the Phillips curve.

After spending a year at the Center for Advanced Study in Behavioral Science at Stanford University, mixing with Amartya Sen, Kenneth Arrow and John Rawls, Phelps wrote a seminal work on statistical discrimination, published in 1972. In 1971, Phelps moved to Columbia University, where he is McVickar Professor of Political Economy and director of the Center on Capitalism and Society. Phelps, with Guillermo Calvo and John Taylor, started a programme to rebuild Keynesian economics, culminating in the New Keynesian economics of the 1980s. He broadened his horizons, working in Europe – mainly France and Italy – during the 1980s and in Moscow in 1990, where he and Kenneth Arrow designed a proposal for the reformal of the USSR. Phelps lives in New York with his wife Viviana, a translator fluent in 4 languages.

This text and the picture of the Nobel Laureate were taken from the book: "NOBELS. Nobel Laureates photographed by Peter Badge"
(WILEY-VCH, 2008).