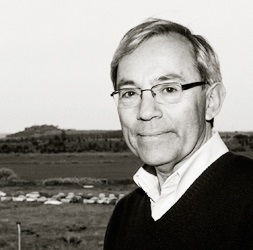 Unemployment statistics can make alarming reading in the news but for most people they are just that: statistics – a largely meaningless number unless it concerns you personally. But how do you quantify the personal effect of unemployment in the larger economic picture? That was the task tackled by Christopher Pissarides and his team at the London School of Economics and Political Science (LSE).

Pissarides helped develop the concept of the matching function (explaining the flows from unemployment to employment) as part of the wider search theory of the marketplace and ‘frictions’ affecting the forces of supply and demand. His work provides a ‘missing link’ between the microeconomic impacts of being out of work and the macroeconomics of labour markets, structural change, and economic growth. ‘Our research looks at what happens to someone who loses his or her job because of changes in economic environment’, Professor Pissarides explains. ‘We have created a model which allows us to analyse the processes and decisions, such as policy, which affect how long it is before someone finds productive employment again.

‘One of the key things we found is that it is important to make sure that people do not stay unemployed too long so they don‘t lose their feel for the labour force.‘ It is a theme on which Pissarides recently expanded as the UK government considered severe spending cuts to lift the country out of recession. He warned against slashing unemployment benefits to goad people into work, saying if payments were too small people would slide into a poverty trap and become disengaged from the workforce, making it harder for them to re-enter the job market.

In 1994 Pissarides teamed up with Dale Mortensen to distill their individual work over the previous two decades into the influential paper Job Creation and Job Destruction in the Theory of Unemployment. The resulting Mortensen-Pissarides model proved so influential in macroeconomic studies that it now forms a core part of most graduate courses. The pair shared the IZA Prize in Labour Economics in 2005.

The 2010 Nobel Prize was shared equally between Pissarides and Americans Mortensen and Peter Diamond.

Christopher Antoniou Pissarides is a Greek Cypriot, born in Nicosia, in February, 1948. After school in Cyprus he moved to Britain, studying economics at the University of Essex, where he gained his BA in 1970 and MA in 1971 before transferring to the LSE and completing his PhD in 1973. He spent the next two years as a lecturer at the University of Southampton before returning to LSE in 1976. He has remained there ever since, rising to the rank of Norman Sosnow Professor in Economics.

Pissarides is a Fellow of the Econometric Society, the British Academy and the European Economic Association, of which he was named president in 2011. He has two children, Antony and Miranda.