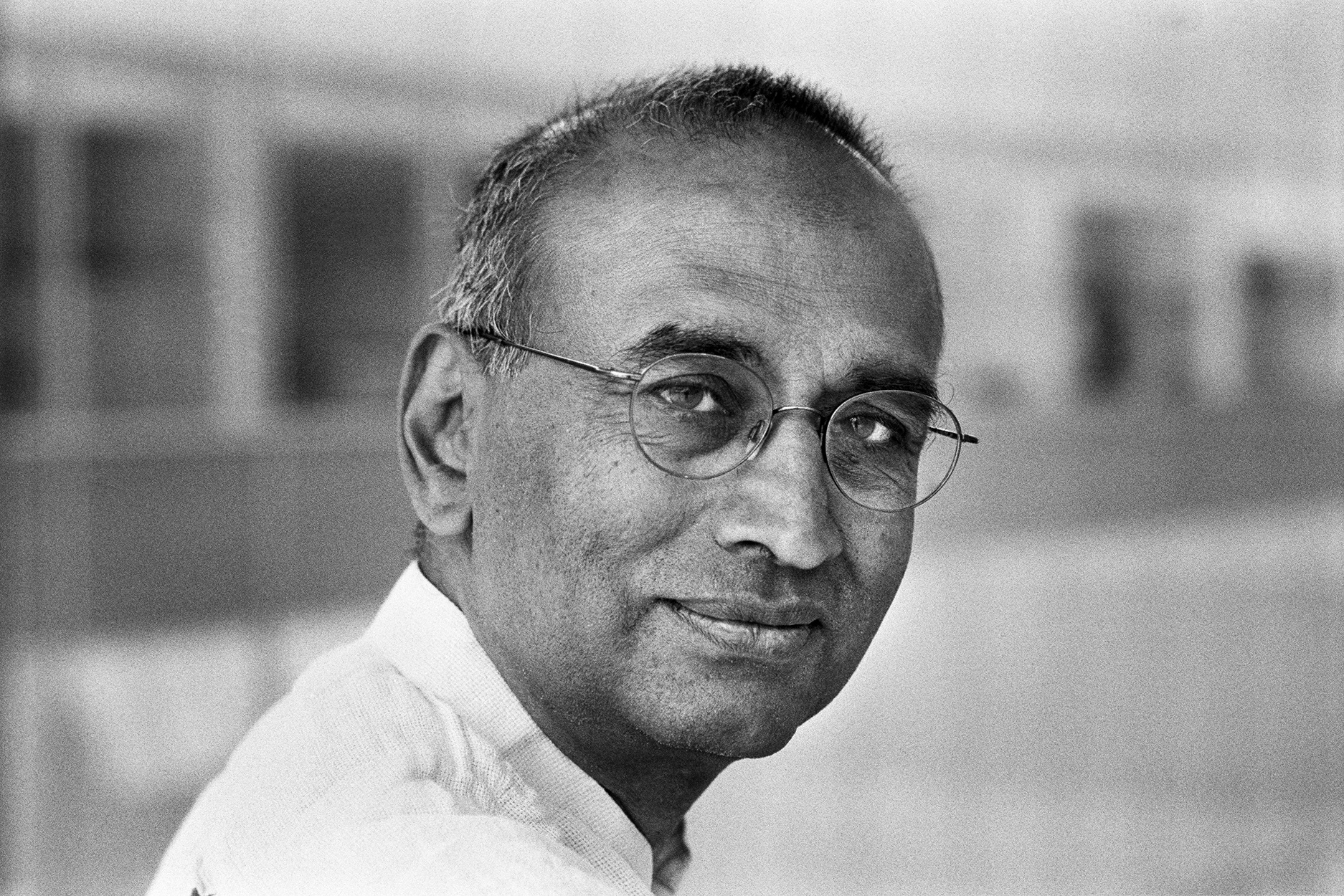 Venki Ramakrishnan shared the 2009 Nobel Prize in Chemistry with Thomas Steitz and Ada Yonath for studies on the structure and function of the ribosome, the large complexes in all cells that use the information in our genes to make the thousands of proteins needed for life.

Biochemistry is, quite literally, in Venki’s blood. His father, C.V. Ramakrishnan, was also a biochemist. Indeed, when Venki was born, in 1952 in Chidambaram, his father was working with enzymologist David Green. Work often took both parents away and brought him to various destinations such as Gujarati town of Baroda (now Vadodara) or Adelaide, Australia.

Returning to India he was inspired by a dedicated science and maths teacher, T.C. Patel. He enrolled in a one-year pre-science course at the local Maharaja Sayajirao University of Baroda, and at the age of 16 was offered the National Science Talent Scholarship to study for a degree in physics in Baroda.

After graduating in 1971, Venki was offered a fellowship to study at Ohio University in the US, where he met his wife, the artist and children’s author Vera Rosenberry. They married in 1975. He gained his PhD in 1976 and then went to study biology for two years at the University of California, San Diego. In his second year, Venki read an article by Engelman and Moore about using neutron scattering for locating the proteins in the ribosome and was “fascinated." He wrote to Engelman and in 1978 was drafted into Moore’s team at Yale.

After a brief stint at Oak Ridge National Laboratory in Tennessee, in 1983 Venki moved to Brookhaven National Laboratory, New York, under Benno Schoenborn. Neutron scattering was not useful to obtain detailed atomic structures of biological molecules, so Venki took a crystallography course at Cold Spring Harbor in 1988, and in 1991 took a year’s sabbatical to the Medical Research Council Laboratory of Molecular Biology (LMB) in Cambridge to learn crystallography under the sponsorship of Aaron Klug (1982 Chemistry Nobel Laureate) who was world famous for his work on chromatin and large molecular assemblies.

After returning from Cambridge, Venki left Brookhaven and joined the University of Utah as Professor of Biochemistry. He was determined to obtain a detailed structure of the ribosome’s 30S subunit. Due to the high risk and uncertainties of the project, he approached the LMB. Thus in 1999, he moved back to Cambridge, despite a 40% pay cut. The first breakthrough came when they could see a somewhat fuzzy picture of the 30S subunit that was nevertheless detailed enough for Brian Wimberly to place several proteins and trace the central domain of the 30S subunit.

There then followed a race against Ada Yonath’s team to create a high-resolution structure of the 30S subunit. Luckily, the team was offered use of the high-intensity Advanced Photon Source in Argonne. The results, says Ramakrishnan, were “stunning”, allowing the team to build a model within weeks and perform studies with antibiotics. He later went on to capture snapshots of the entire ribosome in many states to help understand how it worked. In the past few years, his lab has been using cryoelectron microscopy to look at the structure and regulation of ribosomes in humans and in our mitochondria.

Venki is a member of the Royal Society and succeeded Sir Paul Nurse as its president in 2015 for a five-year term. He is a member of the US National Academy of Sciences. Among other awards, he also received the 2007 Louis-Jeantet prize for medicine.