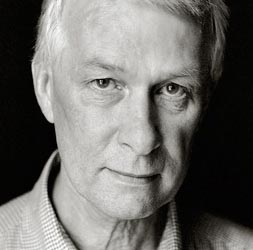 Richard Roberts was born in Derby, GB on September 6, 1943 and as a young pupil expressed an interest in logical problems and mathematics. At age 18 he was admitted to the University of Sheffield where he studied chemistry, physics and mathematics. Three years later he was accepted as a candidate for a doctoral degree in Organic Chemistry. While examining the substances contained in tropical wood, he discovered new compounds and interrelationships which led to an interest in biology. Already a passionate reader, he began avidly reading about molecular biology.

After obtaining his Ph. D., Roberts took on a position as a postdoctoral fellow with Professor Jack Strominger in the Biological Laboratories at Harvard University (USA). Thus in 1969 a new period of life began for him as a scientist. A stay as a guest in Cambridge (GB), with Frederick Sanger (who in 1980 was awarded the Nobel Prize in Chemistry for the second time) directed him to the “technique” of RNA sequencing and he succeeded in exactly determining the individual nucleotides within some tRNA molecules, beginning a passion for nucleic acid sequences.

In 1972, Roberts started working at Cold Spring Harbor Laboratory in New York. There he discovered that the genes in the cells of higher organisms have a mosaic structure in which coding and non-coding sequences are interspersed, whereas in bacteria, like E. coli, the genes are continuous. This result was also achieved by Philip A. Sharp with his research team at MIT in Cambridge, MA in 1977. Both scientists were jointly awarded the Nobel Prize in Medicine in 1993 “for their discoveries of split genes”. Their discovery led to decisive progress in many fields including cancer research.

Since 1992, Roberts has been working as a research director at New England Biolabs, a small molecular biology reagent company located in Beverley, Massachusetts. His current research focuses on DNA methylation in bacteria and the use of bioinformatics to discover new bacterial gene function.

He is currently leading a campaign that includes 131 Nobel Laureates who support the use and inherent safety of GMO techniques for improving plant varieties, especially those needed by the developing countries.
He was knighted in 2008.

He is married to Jean and has four children.