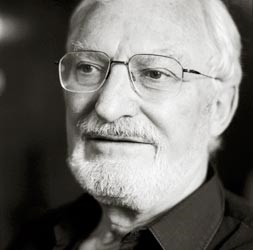 Heinrich Rohrer was born on June 6, 1933 in Buchs (SG), Switzerland. He received his PhD in experimental physics in 1960 from the Swiss Federal Institute of Technology in Zurich, with a thesis on superconductivity. After a two-year post-doctorate at Rutgers University, New Brunswick, N.J., USA, he joined IBM's Zurich Research Laboratory in 1963 as Research Staff Member and became an IBM Fellow. His research interest included Kondo systems, phase transitions, multicritical phenomena, scanning tunneling microscopy, and most recently nanomechanics. He spent a sabbatical at the University of California in Santa Barbara, California, USA in 1974-75. He served on the board of the Swiss Federal Institutes of Technology (ETH)during 1993-2003. He retired from IBM in 1997 and took research appointments at CSIC, Madrid, and RIKEN ,Tokyo, and Tohoku University, Sendai, Japan.

For the invention of the scanning tunneling microscope, together with Gerd Binnig, he was corecipient of the King Faisal Prize and the Hewlett Packard Europhysics Prize in 1984, and the Nobel Prize in Physics in 1986. In 1987, he was awarded the Cresson Medal of the Franklin Institute in Philadelphia, USA. The practical value of the invention was recognized by the induction to the US National Inventors Hall of Fame in 1994. In addition he is a Member or Honorary Member of various professional societies and academies and he also received honorary degrees from several universities.