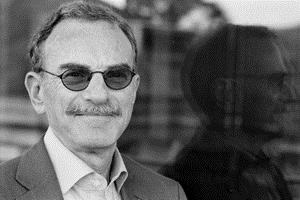 Jetlagged after flying home from receiving the prestigious Otto Warburg Medal of the German Society for Biochemistry and Molecular Biology, Randy Schekman was asleep when the telephone rang to tell him he had won the Nobel Prize in Physiology or Medicine. "My first reaction was: Oh, my God!,’’ he commented smiling. "That was my second reaction, too."

Not that it need be a total surprise; as is often the case, Schekman had also received the Albert Lasker award in 2002 – a reliable barometer of Nobel potential – which he shared with James Rothman, one of his fellow Nobel Laureates, for their independent work on the internal traffic system in cells. They shared the Nobel Prize with Thomas Südhof.

Inside every microscopic cell is a hive of activity, as ribosomes constantly produce new proteins, which are then stored in a network called the endoplasmic reticulum. Vesicles (liquid-filled sacs within the cell) then carry proteins to the Golgi apparatus (another organelle within the cell), which processes the proteins and dispatches them to perform specific tasks around the body. Schekman’s interest lay in how these proteins are transported safely and accurately to their destination.

Randy Wayne Schekman was born in Saint Paul, Minnesota, at the end of 1948 but grew up in California, attending Western High School in Anaheim and gaining his BA in molecular science at UCLA in 1971. Initially intending to pursue a medical career, he was instead inspired by a year working in a laboratory at the University of Edinburgh and returned to America to study biochemistry at Stanford under 1959 Nobel Laureate Arthur Kornberg, gaining his PhD in 1975.

He first became interested in how proteins move within cells during a postdoctoral fellowship with John Singer but at the time it was difficult to study vesicles in mammal cells in the laboratory. So, moving to the University of California, Berkeley in 1976, Schekman decided to use yeast, a one-celled microorganism which could be easily genetically manipulated yet has a cell structure similar to those of higher organisms, including humans.

Gradually Schekman unpicked the mechanics of vesicle formation, selection of protein cargo, and movement to the correct path outside the cell, and identified 50 genes involved in the process and the order and role each played. One of the most important genes he found, Schekman says, is the SEC61 gene, which encodes a channel to allow secretory proteins to pass into the endoplasmic reticulum lumen. When this gene is mutant, proteins fail to enter the secretion assembly line, causing diseases in humans that may include Alzheimers.

He was promoted to Associate Professor in 1982 and Professor in 1984. In 1991 he was named as a Howard Hughes Medical Institute (HHMI) Investigator. He is also a foreign member of the Royal Society, the National Academy of Sciences, and the American Philosophical Society.

Schekman is also devoted to the promotion of science in as open a manner as possible. He is a former editor-in-chief of Proceedings of the National Academy of Sciences and in 2011 he was appointed as editor of eLife, an open-access journal published by the HHMI, Max Planck Society and the Wellcome Trust.

When he won the 2013 Nobel Prize in Physiology or Medicine, he devoted the Prize money to the creation of an endowment for the Ester and Wendy Schekman Chair in Basic Cancer Biology at the University of California, Berkeley. Both his mother and sister, after whom the post is named, had died of cancer.